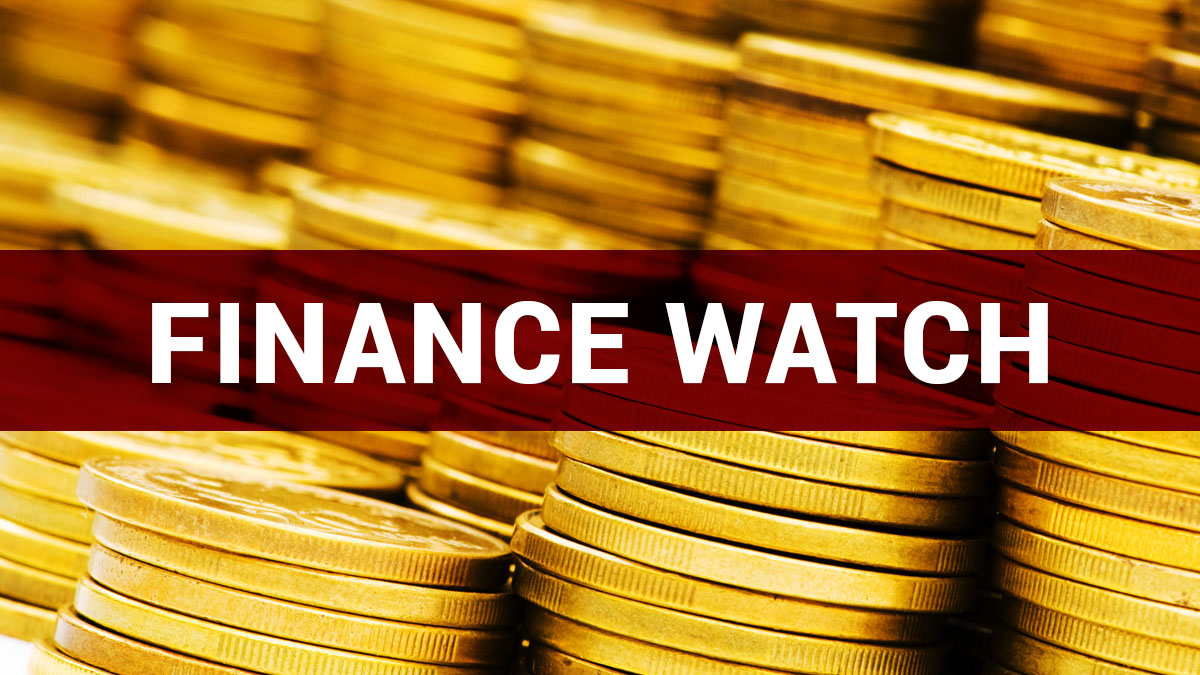 Atea Pharmaceuticals Inc. has been quietly developing a pipeline of oral direct-acting antiviral drugs against hepatitis C and other RNA viruses since 2014, but now the company has emerged from stealth mode with a $215m series D venture capital round and a lead development program designed to prevent moderate COVID-19 patients from turning into severe cases requiring mechanical ventilation.

Lead series D investor Bain Capital Life Sciences and the company’s many other backers are investing in Atea’s purine nucleotide prodrug platform as well as its management team, which boasts significant experience in developing antivirals. Founder, chairman and CEO Jean-Pierre Sommadossi was the principal founder of Idenix Pharmaceuticals Inc. and a co-founder of Pharmasset Inc. – two pioneers in the field of direct-acting antiviral (DAA) therapies against the hepatitis C virus.

The company announced the financing on 20 May and said it will begin a Phase II clinical trial soon for AT-527, its antiviral against COVID-19, since the US Food and Drug Administration recently approved an investigational new drug (IND) application for the study. The trial will test AT-527 in adult patients hospitalized for moderate COVID-19 who have at least one risk factor for poor outcomes in an effort to stop the disease from progressing to a severe condition that requires more intensive treatment.

The oral DAA is designed to inhibit the RNA polymerase enzyme, which should block replication of SARS-CoV-19, the novel coronavirus that causes the disease COVID-19. Preclinical studies have shown that AT-527 can stop the replication of RNA viruses, including human coronaviruses and flaviviruses; the drug candidate has shown antiviral activity and safety in a Phase II study in HCV.

Atea also will use its series D proceeds to fund other antiviral development programs, including AT-527 in HCV, as well as AT-777 and a fixed-dose combination of the two candidates for HCV. Two earlier-stage antiviral programs for dengue virus and respiratory syncytial virus also are in development.

The company joins a growing list of biopharmaceutical firms raising big money for COVID-19 treatments and vaccines, such as Moderna Inc., which brought in $1.34bn in a public offering of common stock after reporting early results for its messenger RNA (mRNA)-based vaccine on 18 May.

Also, AstraZeneca PLC said on 20 May that it entered into an agreement to receive more than $1bn from the Biomedical Advanced Research and Development Authority (BARDA), part of the office of the Assistant Secretary for Preparedness and Response at the US Department of Health and Human Services, to fund manufacturing and delivery of global volumes of its vaccine in development with Oxford University. ("Coronavirus Update AZ Gets 1bn From US Secures Capacity For One Billion Vaccine Doses" "Scrip" )

A day earlier, Richmond, VA-based drug manufacturer Phlow revealed that it won a contract from BARDA worth up to $812m, including $354m in initial funding over a four-year period to support manufacturing of essential medicines, including drugs to treat COVID-19.

The goal of the Phlow/BARDA partnership is to ensure production of commonly used drugs that are at risk of supply shortages due to business disruptions around the world caused by the pandemic and increased demand for medicines used to treat COVID-19 patients. Phlow has started manufacturing chemical precursor ingredients, active pharmaceutical ingredients and finished drugs for more than a dozen essential medicines use to treat patients hospitalized with COVID-19. ("COVID-19 Funds Flow To Startup In Bid To Restore US Pharmaceutical Manufacturing" "Pink Sheet" )

The BARDA funding will help Phlow and its other partners add 1.6m doses of five essential generic medicines to the Strategic National Stockpile; these include antibiotics as well as drugs used to sedate patients on ventilators and to manage pain. ("US Plows $354m Into Phlow" "Generics Bulletin" )

New York-based CHI said it is focused on “established companies with outstanding management teams and disruptive approaches to disease that address significant unfulfilled medical needs.” CHI has put its money behind 38 private health care companies since 2012.

San Diego-based Amplyx Pharmaceuticals Inc. announced on 18 May that it extended its series C financing to $93m. The antifungal developer revealed the first closing of its series C round in 2017 totaling $67m. That initial sum included $40m in a first tranche, but in 2020 the company received the final second $27m tranche and an additional $26m. ("Amplyx Raises $67m For Antifungals Against LifeThreatening Pathogens" "Scrip" )

Amplyx also revealed on 18 May that it has completed enrollment in a Phase II clinical trial testing lead drug candidate fosmanogepix (APX001) for the treatment of infections caused by Candida, with top-line results expected by July. The company also has treated the first few patients in two other trials testing fosmanogepix to treat invasive mold infections caused by Aspergillus and rare molds and invasive candidiasis caused by Candida auris. ("Amplyx Cleared To Complete Phase II Study Of New Antifungal Class" "Scrip" )

The proceeds will fund clinical development of fosmanogepix and MAU868, a monoclonal antibody for the treatment of BK virus (BKV) infections in people who have received a kidney or hematopoietic stem cell transplant; a Phase II BKV trial is planned. Fosmanogepix has fast track, orphan drug and Qualified Infectious Disease Product (QIDP) designations from the US FDA.

In other recent private company financings:

Palo Alto, CA-based Kriya Therapeutics said on 12 May that it raised an $80.5m series A round to fund the development of gene therapies for highly prevalent diseases. The company was founded in the fourth quarter of 2019 by former executives from Spark Therapeutics Inc., AveXis Inc., Sangamo Therapeutics and other gene therapy companies, who have partnered with various academic institutions and other pioneers in the field. Transhuman Capital provided seed funding for Kriya and invested in the company’s series A round along with QVT, Dexcel Pharma, Foresite Capital, Bluebird Ventures (associated with Sutter Hill Ventures), Narya Capital, Amplo, Paul Manning and Asia Alpha. Kriya hopes to extend the benefit of one-time gene therapies beyond monogenic rare diseases. The company’s initial AAV-based gene therapy programs include KT-A112, which delivers genes to produce insulin and glucokinase for type 1 and type 2 diabetes; KT-A522, which delivers the gene to produce a glucagon-like peptide 1 (GLP-1) receptor agonist for type 2 diabetes and severe obesity; and KT-A832, which delivers the gene to produce modified insulin growth factor 1 (IGF-1) for type 1 diabetes.

Nautilus Biotechnology in San Carlos, CA, said on 21 May that it has raised more than $100m to date, including its recently completed $76m series B financing, to further develop its high-throughput, low-cost platform for analyzing and quantifying the human proteome – the entire set of proteins involved in human physiology. Nautilus said its platform can accelerate basic science research, improve the success rate of therapeutic development and speed the adoption of personalized and predictive medicine. Biopharma companies of all sizes are trying to exploit the human proteome to improve drug development success rates, including Amgen Inc. ("Amgens RD Group Focuses On Efficiency As Drug Cost Concerns Continue" "Scrip" ) However, the Nautilus series B round was supported largely by high-tech investors; Vulcan Capital, the investment arm of Microsoft co-founder and philanthropist Paul G. Allen’s Vulcan Inc., led the round with participation from new investors Perceptive Advisors, Bezos Expeditions and Defy Partners as well as prior investors AME Cloud Ventures, Andreessen Horowitz, Bolt and Madrona Venture Group.

Boston-based HotSpot Therapeutics Inc. said on 21 May that it completed a $65m series B round led by GlaxoSmithKline PLC’s corporate VC arm SR One with participation from funds managed by Tekla Capital Management, MRL Ventures Fund, Solasta Ventures and Brace Pharma (via affiliate Cleva Pharma) plus co-founding investors Atlas Venture and Sofinnova Partners. HotSpot raised a $45m series A round in 2018 to fund its development of allosteric medicines that target regulatory hotspots that are located remote from the active site on a protein, but are used by nature to control protein function. ("Finance Watch A Plethora Of Big Rounds Led By Gossamers 230m Series B" "Scrip" ) The company is developing small molecules for the treatment of autoimmune conditions, rare diseases and cancer. Its SpotFinder platform has identified regulatory hotspots across multiple target classes, including kinases, transcription factors and E3 ligases. HotSpot has developed the first-ever allosteric inhibitors of protein kinase C (PKC-theta) in autoimmune diseases and S6 kinase for rare metabolic disease.

SQZ Biotechnologies Co. in Watertown, MA, completed a $65m series D preferred stock financing led by Temasek with participation from an unidentified large US-based fund. SQZ said on 18 May that prior investors – including GV, Illumina Ventures, Invus, JDRF T1D Fund, NanoDimension and Polaris Partners – also backed the series D financing. The company’s cellular vaccine platform is being tested in a Phase I study enrolling patients with HPV-positive cancers, but SQZ also will use the series D proceeds to advance its technology in the treatment of infectious diseases and to develop a point-of-care system for generating the patient-specific therapies. The company’s off-site production of autologous therapies for its cancer study currently takes less than 24 hours. In infectious diseases, SQZ intends to develop treatment and prophylaxis for chronic infections and novel viruses. The company raised a $72m series C round in 2018. ("Finance Watch Investments In Regenerative Therapies Surged In The Second Quarter" "Scrip"

South San Francisco-based Day One Biopharmaceuticals LLC was incubated by the VC firm Canaan Partners and emerged on 21 May with $60m in series A funding from Canaan, Access Biotechnology and Atlas Venture. Day One will use the proceeds to develop targeted cancer therapies based on tumor genetics in children as well as adults. Lead drug candidate DAY101 (formerly TAK-580) was licensed from Takeda Pharmaceutical Co. Ltd., which previously licensed the asset from Sunesis Pharmaceuticals Inc.; Takeda retains certain rights to TAK-580 in the treatment of rare diseases. The drug is an oral small molecule type II inhibitor of RAF, which drives tumor growth in pediatric gliomas, adult solid tumors and other cancers; clinical activity of DAY101 has been observed in patients with alterations in the RAS/MAP kinase pathway. Day One will study DAY101 as a monotherapy and in combination with complementary therapies.

VC Deals In Brief: QurAlis Corp. in Cambridge, MA, said on 13 May that it has raised $50.5m to date for its precision therapeutics to treat amyotrophic lateral sclerosis (ALS), including seed funding and a new $42m series A round. ("Finance Watch Alphamabs 100m Series A Continues Theme Of Big Investments In China Biopharma" "Scrip" ) * Emeryville, CA-based synthetic biology drug discovery firm Octant Inc., which is developing small molecule, multi-target drug leads for multifactorial diseases, revealed a $30m series A round led by Andreesen Horowitz on 20 May. * Newly public cancer drug developer Zentalis Pharmaceuticals Inc. in New York and San Diego said on 20 May that it has spun out the new private company Zentera Therapeutics in Shanghai with $20m in series A funding to develop three cancer therapies discovered by Zentalis in China. * New York-based Immunai came out of stealth mode on 14 May with $20m in seed financing to further develop its single cell technologies and machine-learning algorithms for mapping out the entire immune system to create a massive dataset that can improve disease detection, diagnosis and treatment, including immunotherapies and cell therapies. * Sacramento, CA-based Nivagen Pharmaceuticals Inc., which develops and sells difficult-to-formulate generics and branded prescription drugs in North America, said on 19 May that it received a $16m equity investments led by Telegraph Hill Partners. ("Nivagen Raises Cash To Fuel Growth" "Generics Bulletin" ) * Frazier Healthcare Partners launched Lengo Therapeutics Inc. in Menlo Park, CA, on 12 May with $15m in series A funding to develop novel therapies targeting driver mutations in cancer. * Travecta Therapeutics in New York and Singapore said on 12 May that it raised a $15m series A round to fund its development of drugs that cross the blood-brain barrier, including in neuro-oncology and neuro-inflammation; it will begin clinical trials in 2021 for a non-opioid pain drug.