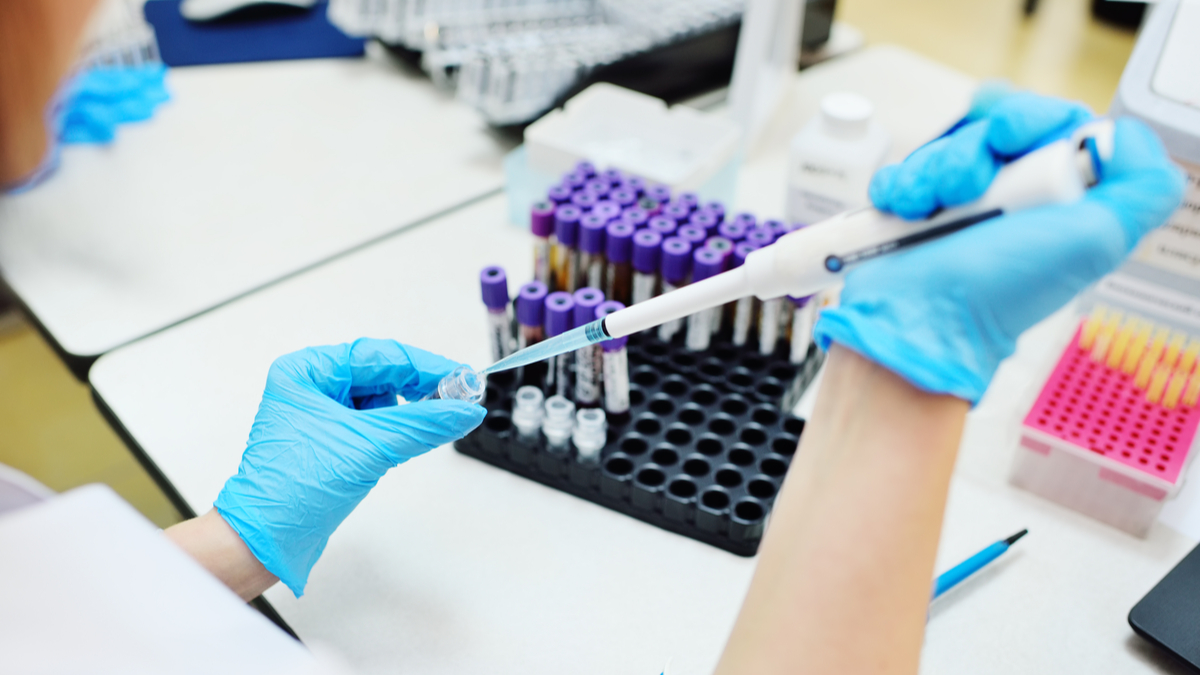 Chinese company CanSino Biologics is to shortly publish full Phase II results from its COVID-19 vaccine candidate - which it says makes it a leader both in development times and research transparency in the race to develop a vaccine against the coronavirus.

Speaking to Scrip, Pierre Morgon, the company’s senior vice president of international business said the results would be published in a peer reviewed journal within the next few days, making it the first company to achieve this milestone.

CanSino’s vaccine candidate, named Ad5-nCoV, is one of a handful of frontrunners set to move from Phase I/II trials into an all-important Phase III program in the coming weeks.

US biotech Moderna Inc., fellow Chinese company Sinovac Biotech Ltd.  and the UK’s Oxford University-AstraZeneca PLC collaboration are also gearing up to begin Phase III trials in July, even if these competitors have not disclosed data as promptly as CanSino.

“For us, we were already more advanced than everybody else,” says Morgon. “We were among the first in Phase I and we’ll be the first to publish our full Phase II. But the point is not so much to be first, but do we have something that works?”

While the company will not disclose the results ahead of the publication in a peer review journal, data look likely to be positive. ("COVID-19 The Race To Develop A Vaccine" "Scrip" )

Morgon said that in this event, the firm (also known as Tianjin CanSino Biotechnology Inc. will begin negotiations with international governments about possible supply deals, which would be likely to include countries where Phase III trials will be located.

These Phase III trials will be the true test of CanSino’s adenovirus-based Ad5-nCoV, and other frontrunners. AstraZeneca (also using an adenvirus vector) has extended its Phase III studies beyond the UK and US to Brazil and South Africa, countries where infection rates are still high, and which are therefore more likely to generate evidence of a vaccine’s efficacy.

CanSino’s clinical trial program is based on a Phase I/II adaptive clinical trial design, which allows it to expand directly into a Phase III study. It anticipates up to 40,000 volunteers will be needed for this study, figures similar to those targeted by the other frontrunners.

Morgon made it clear that there were no guarantees of success, but was nevertheless confident an emergency approval before the end of 2020 was still possible.

He said that would be a decisive moment for China, where the authorities are supporting companies to be first with a vaccine.

“The companies that are now in China and confidently exporting are at the same quality level as the Mercks, GSKs, Sanofis and the Pfizers of the world,” he said, referring to the big global vaccine players.

CanSino is one of five Chinese companies with COVID-19 vaccines in clinical trials, equaling the number of US companies at this stage.

The company was founded by four experienced Chinese vaccines executives, including chief executive Xuefeng Yu, who had studied and worked in Canada (hence ‘CanSino’) and across the industry globally before returning to set up the company in Tianjin near Beijing in 2009.

The group had its initial public offering on the Hong Kong exchange in March 2019, and has focused on a mix of ‘biobetter’ versions of existing vaccines, and novel products for under-served viral diseases.

Morgon, a European veteran of the global vaccines business, says the progress of Chinese firms in matching western companies extends not only to research standards, but also to data transparency.

He says China’s authorities had in recent years clamped down on notoriously unethical and corrupt practices in the country's vaccines sector, allowing new companies with high standards to flourish.

He criticized the actions of Moderna executives during the pandemic period, and contrasting the two companies, he said:

“CanSino is entirely built around people who are all “vaccine people”. There are no pharma people, finance people or people coming from venture funds etc in this company.”

Morgon questioned Moderna’s ethical standards in its data disclosure practices, and the selling of millions of shares by company execs, including CEO Stephane Bancel.

Moderna was widely criticized for only producing a press release with very limited data when it announced positive Phase I results from a small number of participants on 18 May, and still has not published the full data in a peer reviewed journal. There are concerns that informally releasing data could allow companies to portray early results as better than they truly are - a major worry as regulatory timelines have been slashed during the pandemic.

The results nevertheless saw the Massachusetts-based company reap financial rewards, raising $1.34bn the following day in a share offering. Executives have sold off millions of shares since the start of the year, earning them millions even before its COVID-19 vaccine is delivered – a practice which commentators have found ethically troubling.

“The kind of attitude that Moderna have…presenting a truncated version of their Phase I results, getting some shares on the market and raising $1.34bn, meanwhile, the management is selling $89m worth of its own shares. This kind of behavior, I would call it shabby. This is not the kind of thing that we do as a company, period.”

When contacted by Scrip, Moderna said the executives sold their shares as part of an automatic arrangement aimed at protecting against insider trading concerns.

Moderna also said that the US National Institute of Allergy and Infectious Diseases (NIAID), which ran the Phase I trial, was responsible for publishing the full results, and said it anticipated this would happen in due course.

The broadside from CanSino adds to the tensions and rivalry between the US and China which have been inflamed by the pandemic, raising fears of so-called 'vaccine nationalism' and a potential tussle over limited vaccine supplies. However the Chinese company has made clear its ambition to supply its product to the whole world, and not just China.

Like others in the field, Morgon said his company was optimistic of success, but realistic about how long it would take for a COVID-19 vaccination program to go global.

“I think some people on the planet will see their first dose of a COVID-19 vaccine in late 2022. Because of the manufacturing lead times, because of the supply issues and so on. So it is going to be a progressive rollout of the solution.”

Another key question is what level of efficacy regulators will demand from any of the vaccines before granting emergency authorization.

“Of course, it would be great to get efficacy to the tune of say a tetanus vaccine [nearly 100%], but I don't think that would necessarily be realistic. If we deliver something around 60-70% efficacy, you start to have a tool that is fit to meet your public health goals.”

Morgon said the company has been inundated with offers of partnerships from individual countries and potential commercial partners, and confirmed it would begin these negotiations in earnest once the Phase II data had been published.

The manufacturing scale-up to produce the billions of doses required globally is a huge challenge, and CanSino is one of many companies fast-forwarding plans to build new production facilities.

Like Moderna and other smaller companies involved in the COVID-19 vaccine race, CanSino has seen its share price skyrocket during the pandemic. The stock has more than tripled since January, buoyed by investor belief in COVID-19 vaccines, and their potential to transform the future of companies which develop them.

Morgon said questions about pricing and profits were impossible to answer currently, as final manufacturing costs were not yet clear, but stated: “We are also concerned by equitable access. The idea is not to serve only the rich countries.”

CanSino’s COVID-19 vaccine is built on the same platform as its Ebola vaccine (approved by China's regulator under emergency use authorization in 2017) and the company is participating in a tender organized by UNICEF to supply less well-off countries affected by this virus in West Africa.