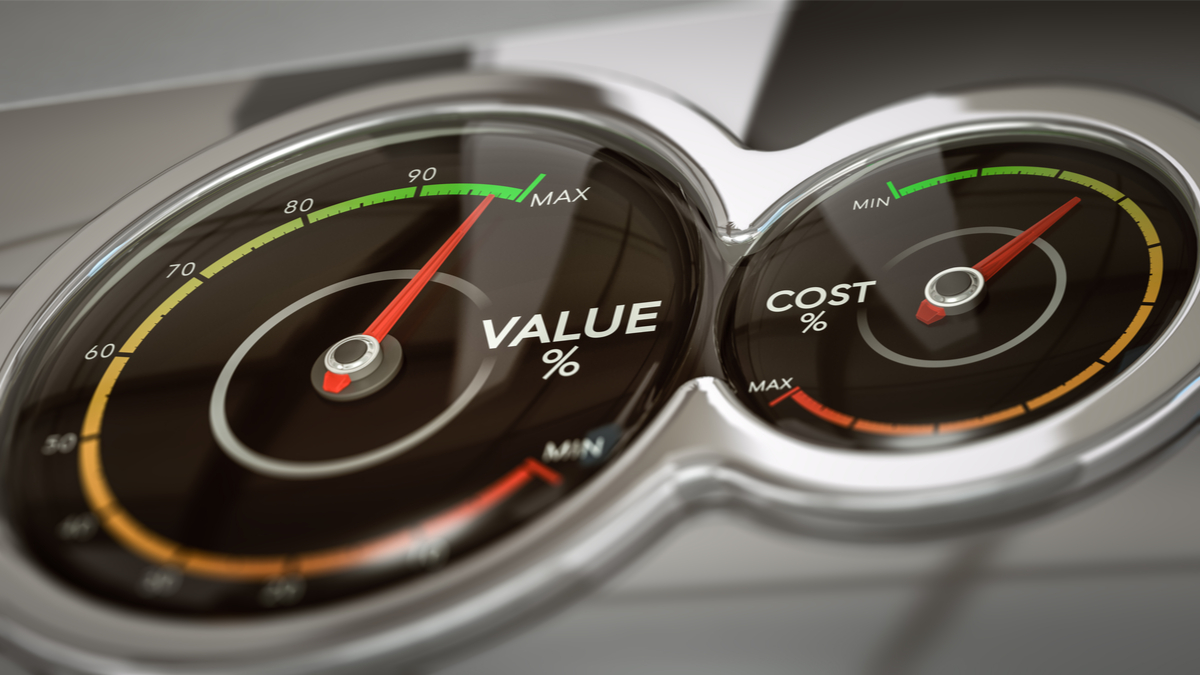 Gilead Sciences Inc. revealed pricing for its COVID-19 treatment remdesivir that is lower than at least one model of fair costs for the antiviral. But as donated supplies dwindle in developed countries, a deal the company struck with the Department of Health and Human Services (HHS) may mean that only US hospitals will be able to buy remdesivir, at least for the next few months.

Gilead CEO Daniel O’Day outlined the rationale for remdesivir’s pricing in a letter released by the Foster City, CA-based company on 29 June, which said the drug will cost $390 per vial for government payers in developed countries and $520 for commercial payers in the US. That translates to a cost of $2,340 for governments and $3,120 for US health plans for a six-vial, five-day course of treatment, which O’Day described as a bargain price relative to the savings associated with discharging patients from the hospital earlier than if they didn’t receive remdesivir.

The CEO explained that “there is no playbook for how to price a new medicine in a pandemic,” but noted that Gilead “approached this with the aim of helping as many patients as possible, as quickly as possible and in the most responsible way.”

Citing results from the National Institute of Allergy and Infectious Diseases (NIAID) study of remdesivir in hospitalized COVID-19 patients, O’Day noted that treated patients were discharged four days earlier than those who received a placebo, which translates to a $12,000 cost savings in the US. Even so, he said, “we have decided to price remdesivir well below this value.”

The lower government price applies only to the "Big Four" federal agencies – Veterans’ Affairs, Indian Health Services, Department of Defense and the Coast Guard – and other government direct purchasers, such as the Federal Bureau of Prisons.

While HHS did not get a cut price for remdesivir in its agreement announced with Gilead on 29 June, the department will receive nearly all supplies of the product manufactured through September.

“After this period, once supplies are less constrained, HHS will no longer manage allocation,” according to O’Day.

Gilead spokeswoman Sonia Choi explained further that the company expects its our supply to be less constrained at the end of September.

"We have agreed with the US government that unallocated portions of supply through September can be allocated for other uses, including to countries outside of the United States. We will evaluate hospital purchasing levels every two weeks to inform potential additional allocation decisions," Choi said.

AmerisourceBergen will ship the HHS supplies of remdesivir, and no hospital will pay more than Gilead’s wholesale acquisition cost (WAC) for US commercial payers, which HHS described as approximately $3,200 per 6.25-vial course of treatment. The department noted that most Americans will not pay directly for remdesivir, since it will be included in the overall cost of hospital care covered by Medicare and private insurers.

Choi noted that in the US the $2,340 government price is applicable only to the "Big Four" federal agencies – Veterans’ Affairs, Indian Health Services, Department of Defense and the Coast Guard – and other government direct purchasers, such as the Federal Bureau of Prisons. Since Medicare and Medicaid are not direct purchasers of drugs administered in an in-patient setting, hospitals purchase drugs at commercial prices and are reimbursed by the Centers for Medicare and Medicaid Services at set rates under bundled payment agreements for hospital services.

With the US and other countries running out of donated supplies of remdesivir, the world has been waiting for Gilead to reveal remdesivir’s cost as a commercial product. ("Coronavirus Update Gilead Ready To Unveil Remdesivir Price" "Scrip" ) HHS said the US received 120,000 donated treatment courses and the last of those vials of remdesivir were scheduled to ship on the day the department revealed its agreement with Gilead for paid doses of the drug.

The US drug cost watchdog the  Institute for Clinical and Economic Review (ICER) explained in early May that it would look at two different models to determine a fair price for COVID-19 treatments and said a course of treatment of remdesivir should cost $10 for Gilead to recoup its research and development plus manufacturing costs for the drug, but said $4,500 would be a reasonable price based on ICER’s typical cost-effectiveness criteria for new medicines. ("Coronavirus Update How Much Should Remdesivir Cost" "Scrip" )

ICER revised its assessment on 24 June, saying that $1,010 to $1,600 would allow Gilead to cover its R&D and manufacturing costs while $4,580 to $5,080 would be a fair price based on the drug’s cost effectiveness. ("Coronavirus Update How Should Remdesivir Be Priced ICER Are In Two Minds" "Scrip" )

Gilead has entered into agreements with several generics manufacturers to produce and sell remdesivir at local prices in more than 100 developing countries, including India and Pakistan. ("Gilead Licensing Deal Expands Remdesivir Access Capacity" "Scrip" ) The company has entered into non-exclusive voluntary licensing agreements with nine generics firms to manufacture and distribute generic versions of remdesivir in 127 developing countries. "For countries in regions of high need that are not currently covered by the voluntary licensing agreements, we are exploring a number of innovative strategies to support access to remdesivir," Choi said.

Hetero Drugs Ltd.  and Cipla Ltd. both launched their generics of remdesivir in India on 21 June with Cipla’s Covifor available at a price of about $65-$79 per vial.

In the US the per vial cost is five to 6.5 times Cipla’s highest price in India, but O’Day said that “at the level we have priced remdesivir and with government programs in place, along with additional Gilead assistance as needed, we believe all patients will have access.”

The CEO’s letter concluded that “we believe that pricing remdesivir well below [its] value is the right thing to do.”

Analysts generally concluded that Gilead priced remdesivir within ranges expected by investors. Jefferies analyst Michael Yee said a cost of $2,000-$3,000 per treatment course was anticipated, while Credit Suisse’s Evan Seigerman said the expected range was $0 to $1,000 per vial.

The pricing announced by Gilead was based on a six-vial, five-day treatment course, but remdesivir has been administered for up to 10 days in clinical trials. SVB Leerink analyst Geoffrey Porges noted that the cost of a 10-day course will be $4,290 for government payers and $5,720 for commercial payers based on the company’s per-vial price.

“The pricing announcement is slightly below our expectation on the US commercial price, but may indicate higher price for national stockpiling,” Porges wrote in a 29 June note. “In our current [remdesivir] market model, we estimated a list price of $5,000 for [remdesivir] in the US and a net price of ~$4,200. Since COVID-19 impacts senior adults the most, who are generally covered by the government medical plans (i.e. Medicare), the $2,340-$4,290 per treatment course in the US is slightly below our expectations.”

The analyst noted that his estimates for remdesivir pricing and revenue have been higher than consensus expectations.

“We currently model sales beginning in Q3 and resulting in $1.9bn in global sales in 2020E, which is more than double consensus of $820m. Our remdesivir estimate grows to $6.6bn in 2021E (versus $1.8bn consensus) and $7.7bn in 2021E (versus $1.9bn consensus),” Porges said. “We believe the disclosed [remdesivir] pricing is reasonable and should provide significant value to the Gilead shareholders and still deflect much of the criticism the company might face in this emergency.”

Credit Suisse’s Seigerman noted that most remdesivir sales are likely to come from the US, since COVID-19 case numbers are rising rapidly in many states, while in Europe the numbers are falling.

He projected that Gilead would report about $1bn in remdesivir sales by the end of 2020, which would not quite cover the $1bn-plus investment the company is making in 2020 and beyond to boost manufacturing capacity and fund additional R&D, including studies in specific patient subgroups, trials testing combination regimens and studies of an inhaled version of the intravenous drug. O’Day said in an open letter issued on 22 June that Gilead will manufacture more than 2 million I.V. treatment courses by the end of 2020 and millions more beyond that.

“Ultimate revenues for 2020 depend not only on the trajectory of the virus, but also supply availability, which is currently somewhat constrained,” Seigerman said. He noted that while remdesivir pricing should allow Gilead to recoup its manufacturing and R&D costs, “we do not expect this to be a significant commercial driver this year or into 2021, given the costs and rise of alternative therapeutics” as other new COVID-19 drugs and vaccines reach the market.

Remdesivir is not currently approved by the US Food and Drug Administration, but the agency granted an emergency use authorization (EUA) to allow for the drug’s use in the US. ("After Remdesivirs Emergency Use Authorization US Govt Must Now Decide How To Distribute Limited S" "Scrip" )

The European Medicines Agency’s Committee for Medicinal Products for Human Use (CHMP) recommended on 26 June that the EU grant conditional marketing authorization for remdesivir and a final decision from the European Commission is expected within days. ("Remdesivirs EU Approval For COVID-19 Due Within Days" "Pink Sheet" ) Early access was granted in the UK in May. ("Coronavirus Update Sinovac Gets 15m Towards CoronaVac Phase II Remdesivir Early Access In UK" "Scrip" )