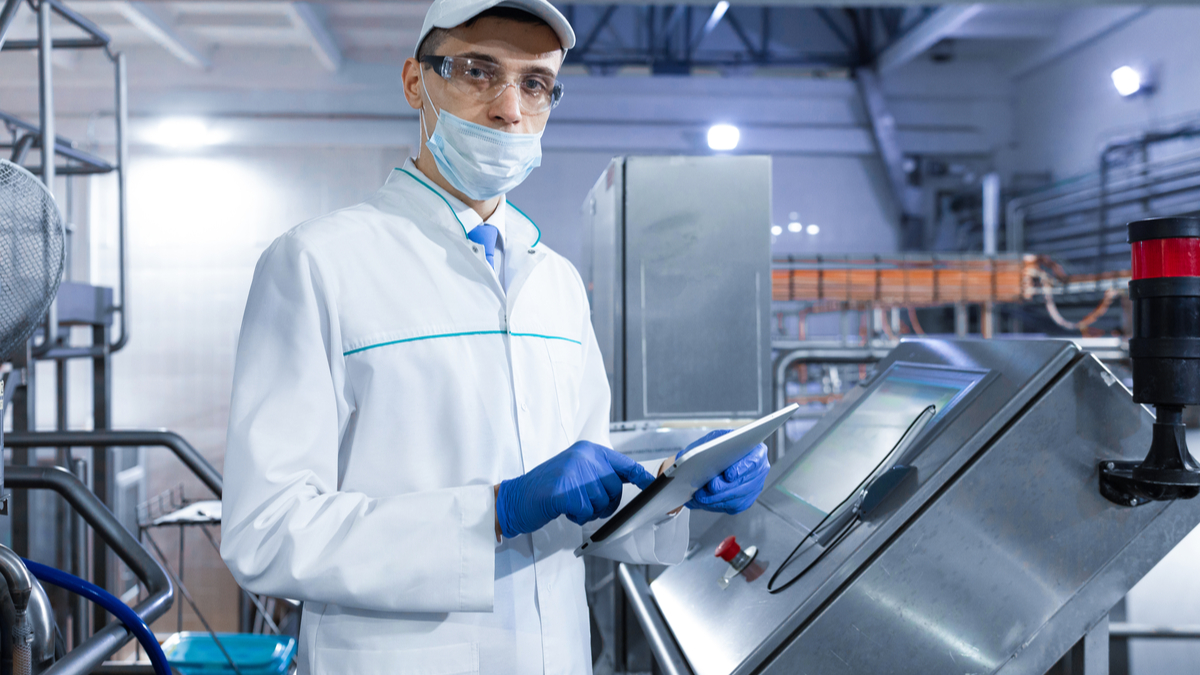 Drug manufacturers that have remediated serious quality problems identified during US Food and Drug Administration inspections will have to keep waiting until after the coronavirus pandemic subsides for the follow-up site inspections that could green-light resumption of site-related application reviews – at least for the time being.

With the FDA’s inspectorate grounded since mid-March for all but the agency’s most pressing “mission-critical” inspections, the pharmaceutical industry has grown increasingly frustrated by delays of these follow-up inspections, which are among its highest priorities. ("US FDA Suspends All Domestic GMP Surveillance Inspections" "Pink Sheet" )

Industry lawyers and consultants have argued in recent webinars and blog posts that the FDA has every right under current law to waive follow-up inspections or to use remote oversight processes instead.

FDA officials finally addressed the topic of inspections during the COVID-19 pandemic on a 29 June Parenteral Drug Association webinar.

Moderator Thomas Cosgrove, the Covington & Burling LLP partner who used to head up the FDA’s oversight of manufacturing quality compliance, asked the question that was on many of the more than 1,000 participants’ minds: could the FDA find a way to close out warning letters and reclassify sites from official action indicated to voluntary or no action indicated without sending an investigator back to the site?

Alonzo Cruse of the agency’s Office of Regulatory Affairs answered that “at this time, those type of inspections or those type of activities are going to require an inspection.”

And unfortunately for the industry, Cruse, who directs ORA’s Office of Pharmaceutical Quality Operations, and another agency official confirmed that, as far as the FDA is concerned, there is no such thing as a remote or virtual inspection.

Industry lawyers have been laying the groundwork in recent webinars for a broader interpretation of what can be an inspection, and how the agency could more expeditiously determine that facilities have remediated their good manufacturing practices deficiencies without visiting sites as the global COVID-19 pandemic continues to rage.

For their part, FDA officials indicated during the PDA webinar a willingness to consider the arguments. “I’m going to be open to receiving feedback and certainly listening to the questions,” Cruse said.

Tsinontides echoed that statement in the context of preapproval inspections. “Already there are some sponsors that have proposed to the agency some novel approaches on how we could possibly mitigate the risk for not being able to do an onsite inspection,” he said.

“We haven’t turned anyone down in terms of listening and engaging with them in regard to those proposals. I would encourage the industry that if they have any proposals, they engage with us. We are willing to hear. And obviously, we will certainly learn from this experience and there may be some way that we need to modify as we move forward, even beyond the COVID-19 experience.”

Much of the discussion hinges around interpretation of a provision that Congress added to the Food, Drug and Cosmetic Act in July 2012 when it passed the Food and Drug Administration Safety and Innovation Act, or FDASIA, in an effort to adapt the 1938 law to what had become by then a global pharmaceutical industry.

Such record reviews are one of the mechanisms the FDA said it would rely on more to help make up for its sharply curtailed inspectional activity during the coronavirus pandemic, the others being import alerts, examination of products at the border, compliance history reviews, and information from trusted foreign regulatory partners.

Whether such reviews could evolve into remote inspections, perhaps supplemented by remote access to computer screens or even by video streaming of plant walkthroughs using Google Glass or similar technologies, is a question that may require considerable discussion.

“Historically, FDA has not re-classified OAI inspection status based on a record review,” Cathy Burgess, partner, Alston & Bird, said during a 19 May Food and Drug Law Institute webinar on post-COVID-19 recovery. ("The Steps Drug Makers Must Take Now To Avoid A Post-COVID-19 Manufacturing Crisis" "Pink Sheet" ) “They have the authority on the drug side to do that, but that’s not something that they’ve typically been interested in doing.”

Burgess expressed some optimism that the agency might relax its stance on reinspections, at least in certain cases.

“We may see some exceptions during the pandemic for an exercise of enforcement discretion to approve products that are linked to OAI-classified sites to address drug shortages or to approve supplements for tech transfers to sites that are not classified as OAI.”

Burgess explained in a later email to the Pink Sheet that as long as a drug product or active pharmaceutical ingredient manufacturing facility is classified as official action indicated, or OAI, the agency will not approve applications and supplements associated with the site until it has reclassified the site “because FDA does not have adequate assurance that the drug product or API will be manufactured in compliance with cGMPs.”

However, she noted that the decisional letters the agency issues within 90 days to classify sites as OAI based on inspection results merely say that it “may” withhold approval for applications. This, she said, “gives the agency the discretion to approve applications associated with OAI-classified sites.”

“It seems to me that FDA could exercise its discretion to approve products at OAI-classified sites as a carve-out if it was not yet prepared to change the inspection classification,” Burgess said. “During the COVID-19 public health emergency, FDA will likely consider a number of different options to ensure that life-saving drugs are available and shortages are avoided or addressed quickly.”

He noted that an October 2014 FDA guidance document, Circumstances that Constitute Delaying, Denying, Limiting or Refusing a Drug Inspection, interprets section 501(j) of the FD&C Act to mean that denying a section 704(a)(4) records request “may be considered limiting an inspection.” ("What Not To Do When An FDA Inspector Comes Knocking At Your Door" "Pink Sheet" ) ("How FDA Will Use Its New Authority against Denying Limiting or Refusing Inspections And Why Industr" "Pink Sheet" )

This could be viewed as meaning the agency may treat such records requests as inspections or at least a component of inspections.

Certainly, the regulated community is confused about the relationship between records requests and inspections.

Cosgrove noted during the PDA webinar that someone recently told him they believed they were undergoing a virtual FDA inspection and thought they had received a Form 482 from the agency, which is the form that investigators present when they arrive to conduct an inspection.

While Cosgrove said he was “pretty sure that that company wasn’t getting a virtual or remote FDA inspection,” he added that “it also is pretty clear that there were some robust discussions going on … that might look like those that were happening in a real inspection.”

The line between inspections and records requests is not very clear, Howard Sklamberg, partner, Arnold & Porter, explained during a 15 June webinar on virtual inspections.

One difference is the form that goes with the records requests. The agency has been sending companies a Form 4003, FDA Inspection Records Request, with its section 704(a)(4) records requests instead of presenting them with a Form FDA 482 Notice of Inspection, as it does for inspections.

“Where the line is between an inspection and not an inspection is a fuzzy one,” Sklamberg said. “I’ll put it this way. If the examination that FDA is doing is going to end up with something that FDA is going to take enforcement action over, meaning a 483 and a warning letter or what have you, it would be at the very least cumbersome for them not to have gone through the formalities of issuing the paperwork for an inspection.”

That said, the agency can request information simply to help it decide whether to conduct an inspection. “There aren't hard set rules,” Sklamberg said. “But I would say that if FDA wants to drop the hammer on someone later on, it is more important that they observe the formalities beforehand.”

One thing Sklamberg stressed is that the FDA has more latitude than it may appear when it comes to warning letters.

The agency has developed a lot of formal procedures around the warning letter process, but they’re not defined in the law, he said: “They’re something that FDA came up with in order to get voluntary compliance.”

Consequently, the agency has a lot of discretion when it comes to issuing warning letters, withholding approval of applications or issuing import alerts, he said.

This is one reason why, as the COVID-19 pandemic lingers, he believes the FDA may revisit its reluctance to reclassify OAI sites and close out warning letters without conducting follow-up inspections.

Informally, he said FDA officials have reached out to associations and some pharmaceutical companies to propose alternatives to on-site inspections.

The agency is asking them “if you have a warning letter to close out and you think you can verify that without us physically being there, tell us specifically how we could do it and how that would meet your needs,” Sklamberg said.

“Records review and virtual inspections are areas that … we all think FDA will ramp up in the coming months.”