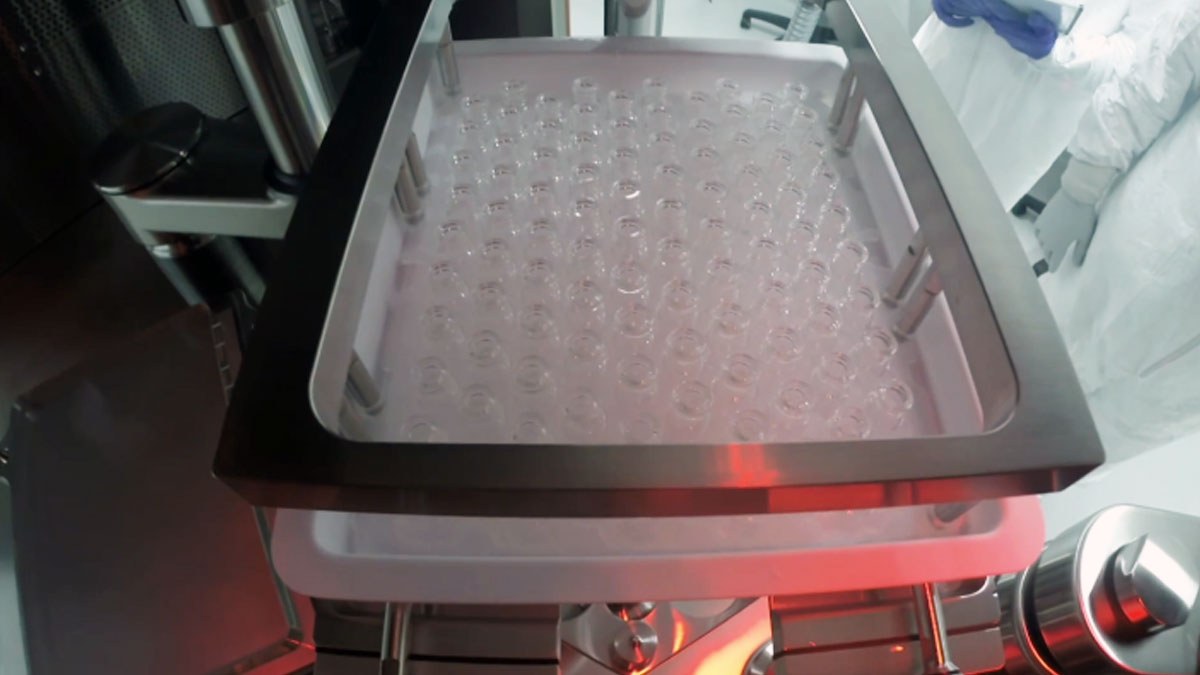 The government agency that develops medical countermeasures for the US stockpile says it had to move quickly to secure documents/pink-sheet/2020/05/june-2012-ciadm-awards.pdf">contract manufacturing plant capacity for COVID-19 vaccines before the private sector could “capture” it.

There was no time to give other documents/pink-sheet/2020/05/june-2012-ciadm-awards.pdf">contract manufacturers a chance to bid for the work, which the Health and Human Services Department’s Biomedical Advanced Research and Development Authority, or BARDA, recently awarded in a pair of task orders totaling nearly $900m.

Both awardees operate public-private partnerships called centers for innovation in advanced development and manufacturing, or CIADMs, that were formed in the aftermath of the 2009 H1N1 influenza pandemic.

BARDA supports the centers through a multiple award indefinite delivery indefinite quantity documents/pink-sheet/2020/05/june-2012-ciadm-awards.pdf">contract that the agency said in a recent notice about the Emergent BioSolutions task order was in part “intended to enable the government to reserve and require manufacturing capacity necessary to manufacture vaccines in the event of pandemic.”

BARDA explained in the notice justifying Emergent's sole-source award that it “is acting proactively to secure this critical manufacturing infrastructure before other market forces capture it.”

The problem, the HHS authority explained in the 9 June justification document, is that it did not have time to let other documents/pink-sheet/2020/05/june-2012-ciadm-awards.pdf">contract manufacturers compete for it, saying that “as more organizations and companies seek commercial vaccine manufacturing capacity for both COVID-19 and other vaccine products, this capacity is becoming much more limited.”

BARDA said Emergent had “revealed that they are in discussions with multiple vaccine developers interested in reserving the capacity at the CIADM facility through December 2021. If this is to occur, BARDA would not be in a position to manufacture vaccines in a relevant time frame to the President’s Operation Warp Speed, which seeks to provide 300 million vaccine doses as soon as possible.”

The Emergent award reserved capacity at a CIADM facility the company operates in Baltimore, MD, where BARDA aims “to direct rapid technical transfer and parallel mass-production efforts” for several vaccine candidates the US government has targeted for accelerated development.

BARDA said Emergent is the only CIADM documents/pink-sheet/2020/05/june-2012-ciadm-awards.pdf">contractor capable of manufacturing more than 2,000-liter volumes of adenovirus-vectored vaccines, which require Bio-Safety Level 2 containment, within the next six months.

It’s also the only one with enough fill/finish capacity to handle the contemplated adenovirus-vectored vaccine campaign.

BARDA said its documents/pink-sheet/2020/05/june-2012-ciadm-awards.pdf">contracting officer determined the reasonableness of the price Emergent proposed for the task order by comparing it with its own independent government cost estimate and with historical prices paid.

The agency’s long history of issuing cost-plus-fixed-fee task orders to Emergent helped with the price estimate.

For its independent cost estimate, BARDA included an increase over actual historical costs because the task order would be firm-fixed-fee instead of cost-plus.

In the end, the government’s estimate turned out to exceed Emergent’s proposal.

BARDA noted that it already was planning to issue a similar task order to the Texas A&M University System.

The CIADM center at TAMUS will use its COVID-19 task order funding in part to expand production capacity.

The task order reserves that facility’s capacity through December 2021 for use by Operation Warp Speed vaccine developers like Novavax, Inc., Gaithersburg, MD.

It also positions Fujifilm Diosynth to rapidly expand production capacity there. The company is accelerating a planned capacity expansion by several months, with completion expected in the fall.

Gerry Farrell, Fujifilm’s chief operating officer for the facility, said in a 27 July statement that the company expects the government to allocate a port of its capacity to the manufacture of Novavax’s NVX-CoV2373 vaccine.

Novavax, which is based in Gaithersburg, MD, launched a Phase I/II clinical trial in Australia in May with $388m from the Coalition for Epidemic Preparedness Innovations. The company expects to announce Phase I immunogenicity and safety results in early August. The Phase II portion focusing on immunity, safety and disease reduction follows soon after.

Novavax says it is using a recombinant nanoparticle technology to generate antigen derived from the coronavirus spike protein, with immune response heightened by its saponin-based Matrix-M adjuvant.

Fujifilm is one of two companies that competed for global dominance in print photography decades ago and took different paths in the digital revolution that are participating in the US response to the coronavirus pandemic.

The other company, Kodak, is taking out a government loan to launch a pharmaceuticals unit that will produce active pharmaceutical ingredients for essential medicines that face chronic shortages. In contrast, Fujifilm began building a position in the pharmaceuticals sector many years ago.

The move built on the company’s history in the medical field, particularly in radiology, with an entrée into the promising documents/pink-sheet/2020/05/june-2012-ciadm-awards.pdf">contract manufacturing and development organization sector for biological drug products and cell and gene therapies.

The North Carolina plant Fujifilm acquired from Merck & Co., Inc. has consistently earned the highest “no action indicated” ratings from US Food and Drug Administration inspections over the past decade, according to the FDA's inspection classification database.

In May 2016, Fujifilm Diosynth finished building its BioProcess Innovation Center in Research Triangle Park, NC, to design and develop biomanufacturing processes and characterize products for clients.