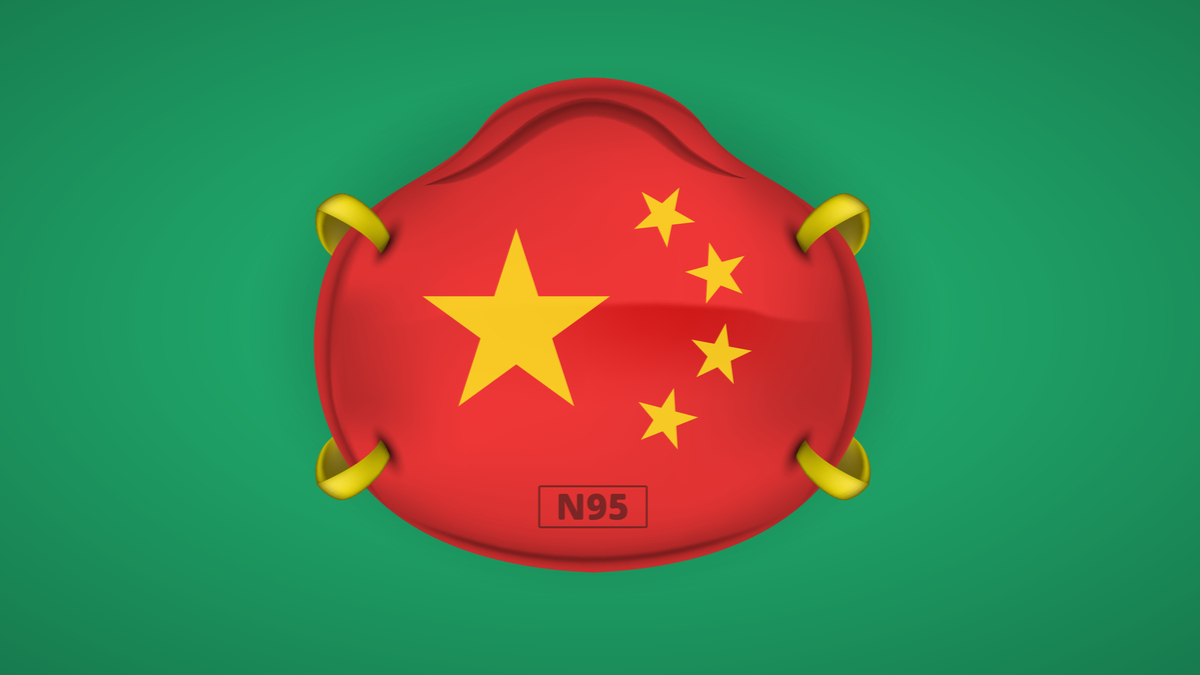 How One China State-Owned Group Became A Behemoth, Powered By COVID-19

Sometime in early 2020, as reports of pneumonia cases of unknown origin started surfacing and circulating in Wuhan, a key central hub in China connecting the vast country’s capital Beijing in the north to Guangzhou in the south, a team of researchers took an overnight flight to the city of 11 million people.

Officially under the management of China's State Council, CNBG has a long history of manufacturing biologics in China, from plasma to vaccines. It has a nationwide network of six vaccine research institutes in Beijing, Changchun, Chengdu, Lanzhou, Shanghai and Wuhan, covering all six major urban markets, and also controls  Beijing Tiantan Biologics Products Co. Ltd, a publicly-listed company focusing on plasma products.

In total, CNBG controls 11 direct subsidiaries and 69 companies under these subsidiaries, also operating in antibodies, diagnostics, animal health and beauty products. The group provides 80% of the vaccines used in the China’s National Immunization Program and its annual plasma capability is around 1,500 tonnes, the company says. With around 700 million doses of 50 human vaccines made annually, CNBG claims to be the world’s sixth-largest producer. But it’s the events unfolding throughout 2020 that has put the largely unknown giant into the global spotlight.

After the CNBG team arrived in Wuhan, they went straight to work for the next 48 hours. The task was singular, to develop an assay to enable rapid detection of the virus. This was later included in China Center for Disease Control and Prevention’s guidelines for lab testing of the SARS-CoV-2 virus, and on 26 January gained an emergency approval from the National Medical Products Administration and was made available to hospitals nationwide.

China’s regulators approved 23 testing kits for the virus by the end of March, despite reports from overseas showing some made in China kits were not reliable, with a high 70% rate of false results.

Wuhan was placed under strict lock-down from 22 January and only reopened three months later in late April. One requirement for the reopening was virus testing of all the city’s residents. Amid heated debate over its necessity and doubts over false results, the mass testing was conducted in nearly seven million people in five weeks, with CNBG providing 200,000 kits daily.

After this, convalescent plasma therapy emerged as a promising approach to treat patients with COVID-19 and soon became another area where CNBG could flex the muscles of its nationwide collection network and its scale and reach as a state-owned enterprise to quickly get into the game.

However, China has a chronic shortage of blood and patients requiring this for surgery or other needs must get donations from relatives first, before getting a so-called credit to be able to receive blood. To secure blood supply for emergency surgery, many must rely on paying high prices to agents who station themselves around major hospitals.

Being a highly regulated therapeutic area, plus the chronic lack of donors, made it a battle between plasma developers elbowing each other at collection stations. Convincing a patient just recovered from COVID-19 to donate blood seemed even harder if not impossible.

Around the time when China’s National Health Commission issued guidelines on treating the infection and recommending plasma therapy for the first time on 10 February, CNBG dispatched 44 teams to collect blood from recovered patients. 180 personnel set up 52 donation sites for the drive and the group also worked with China's Ministry of Science and Technology in a “Thousand Donors To Save Thousand More” campaign.

By the end of this, the group had received around 2,700 donations and used these in roughly 900 cases, effectively becoming one of the earliest and largest such studies in patients with severe symptoms, with the results being published in the American Journal of Science. CNBG is also investigating immunoglobulin.

But it is perhaps in vaccine development that nothing can beat the speed and leverage of being a state-owned biologics group in China. Relying on proven technology, CNBG has been conducting the parallel development of two coronavirus vaccines as a so-called “double insurance”.

These are based on an inactivated virus, an approach that has been around for decades and is used in nearly all of the group's vaccines. CNBG has tasked its Wuhan Institute of Biologic Products, which obtained the first domestic Phase I/II approval for a COVID-19 vaccine on 12 April when many countries around the world maintained lock-downs, and two weeks later its Beijing Institute of Biologic Products obtained a second study approval for another inactivated vaccine.

The clinical trial, conducted in central Henan province in May, enrolled over 1,000 healthy volunteers and yielded promising results. Published in Cell, the study results showed all recipients had a seroconversion response. In July, China then authorized the emergency use of the vaccines, among three being domestically developed, and Sinopharm disclosed recently that over 100,000 people have already been innoculated with its vaccines.

But the increasingly massive and influential CNBG has caused worry among some large international players, many of which have grown deep roots in China over decades but have felt left out in the fight against the pandemic.

“There are worries that sponsoring of SOEs [state-owned enterprises] leads to never-ending happiness [between the state and companies],” cautioned Jorge Wukkett, chairman of the EU Chamber of Commerce in China during a 10 September press conference to launch an annual position paper on doing business in China.

“In the wake of COVID-19, new obstacles have emerged to let Europeans feel decreasingly welcome in China,” noted the paper, in which the EU trade group singled out a “one economy, two systems” approach in which some industries in China are opened up to foreign investment while others are restricted only to SOEs and are completely protected from competition.

One of the areas of concern is the vaccines used in national immunization programs (NIPs). Many global players such as Sanofi, AstraZeneca PLC and GlaxoSmithKline plc are calling for openness and access to NIPs via the EU chamber's lobbying efforts. In the position paper, its pharma working group calls for reforms to include all vaccines approved in the country, locally-manufactured or imported, to be included in China’s programs. At present, these are strictly restricted to domestically-produced vaccines only.

Although the figure has been slashed in recent years from hundreds of SOEs, China currently has 97 such behemoths at state-level, run by the State-Owned Assets Supervision and Administration Commission, while a further 130,000 are run at provincial and local levels.

The competition issues are particularly pertinent as the pandemic has shone the spotlight on the vaccines sector. Stable supplies and collaborations in innovative vaccines are urgently needed to address the public health crisis but SOEs hold advantages in all areas of doing business, and the situation has worsened in recent years.

In the latest EU chamber business climate survey released in February, 7% more businesses from Europe reported SOEs will continue to gain opportunities at the expense of private enterprises.

This dominance, however, has not always yielded efficiency, partially exacerbated by the general economic slowdown last year. A 2019 World Bank study noted that “SOEs are still lagging far behind private enterprises in terms of efficiency”, which played a role in the downturn.

Although CNBG’s dominance from testing to plasma to vaccines is has been important in fending off the coronavirus in China, smaller players in the country are also hoping that innovation will eventually give them a winning chance at the end of the day. Despite their size and market access and share, and policy support, SOEs generally lack innovation.

CNBG may have two COVID-19 vaccines but both are based on the somewhat outdated inactivated virus platform not being widely used by other global players, Ke Wu, CEO of Wuhan-based BravoVax Co Ltd, told Scrip. BravoVax is developing a pneumococcal vaccine expected to compete with Pfizer Inc.’s pneumococcal conjugate blockbuster Prevenar 13.

Indeed, four out of five coronavirus vaccines in late clinical development by Chinese companies are based on an inactivated virus, the sole exception being CanSino Biologics Inc.’s mRNA-based Ad5-nCoV.

“It’s like boiling water,” Wu said, referring to the mature nature of the technology, before adding that the potential adverse events associated with the vaccines may not be immediately known, due possibly to political pressure, lack of tracking and the technology itself.

CNBG’s vaccines are in final Phase III testing in markets outside China, including in the Middle East and Latin America. The broad span of the studies and language and cultural barriers also could mask the reporting of adverse events, he added. As for any vaccines in development, such events are inevitable but might not be made known for months.

In the case of large-scale adverse events, the Chinese government seems to be preparing alternatives. “The government makes sure the vaccines are safe and has a Plan B of developing other than inactivated vaccines. This plan for alternatives generates opportunities [for others with more innovative vaccines],” Wu said.

Given the exceptionally large demand for billions of doses of COVID-19 vaccines in China and around the world, both private firms and non-SOEs will eventually be able to compete with the giants like CNBG, although this time may not come until much later, he said.