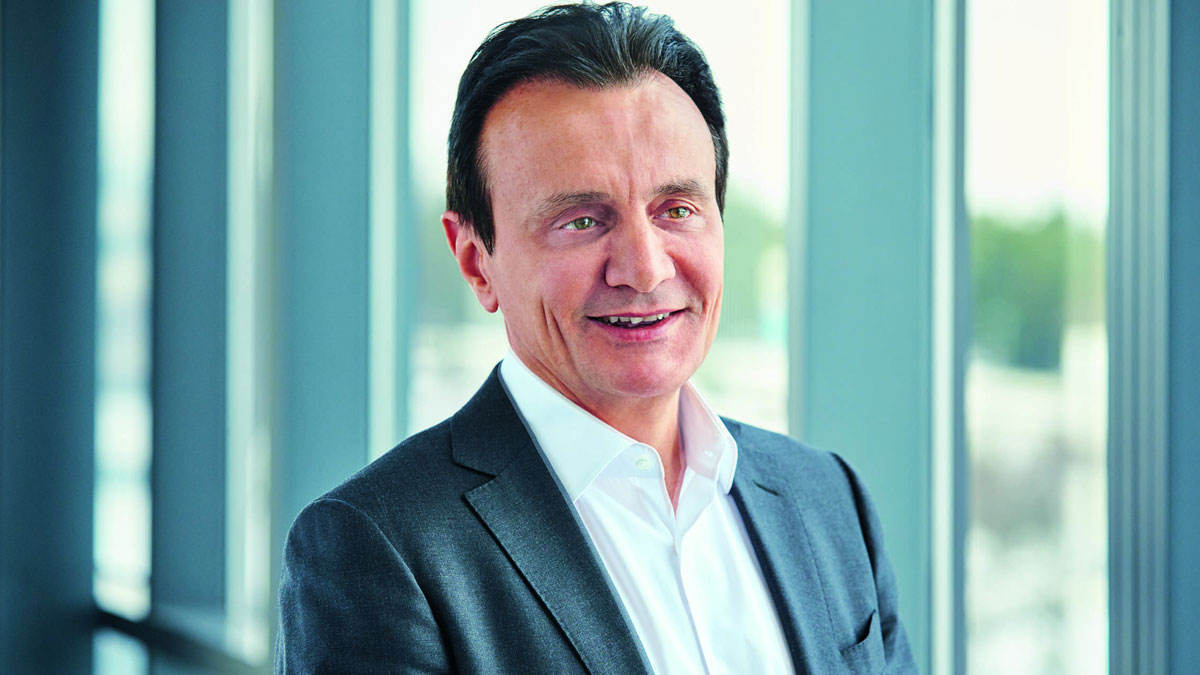 AstraZeneca’s chief executive Pascal Soriot believes its COVID-19 vaccine could still gain approval by the end of 2020, despite the pause it announced on its clinical trials this week.

All studies of AZN1222 have been suspended following a serious adverse event in a single participant in a UK-based Phase III study, which media reports named as transverse myelitis (TM), an inflammation of the spinal cord.

Speaking on a virtual “G7bn Summit” hosted by UK-based Tortoise media, Soriot said his company could not yet confirm that the side-effect was TM, and said tests on the individual were ongoing and would be shared by investigators with an independent Data Safety and Monitoring Board in due course.

The potential safety problem is the first such incident for any of the frontrunners in the race to develop a vaccine, but it remains to be seen how significant the event could be for AstraZeneca PLC’s candidate and the other candidates. ("AZ Exercises Caution With COVID Vaccine Safety Pause As Questions Remain Over Vector" "Scrip" )

“We don’t know what the final diagnosis is, and we should really keep that in mind,” Soriot told the conference.

“I realise that people have lots of questions and believe me, we would like to have the answer for ourselves, but we have to be patient, and do the right thing and follow the process as it is established.”

He disagreed with suggestions that an emphasis on speed in developing COVID-19 should be reconsidered, with worries that rapid development times – as encouraged by President Trump – could undermine public confidence in the vaccines. ("Pharma Stands Up To Trump Pressure With COVID-19 Vaccines Science Pledge" "Scrip" )

“Speed and process and safety can be combined. Now, the one thing you cannot compromise is safety and that’s why we have a very robust process in place,” said Soriot.

Soriot was nevertheless upbeat about AZD1222 still being submitted to regulators before end of 2020.

“If the review by the safety committee allowed us to restart the trial, I still think we are on track for having a set of data that we would submit before the end of the year. Of course, after this it depends on how fast the regulator will review and give approval. So, we could still have a vaccine by the end of this year, maybe early next year.”

Soriot highlighted the exceptional efforts that his and other companies were putting into developing COVID-19 vaccines, including daily dialogue with regulators such as the US Food and Drug Administration, who are accepting rolling data submissions from companies.

Since the news of the adverse event broke on 8 September, analysts have been attempting to gauge the impact the on the COVID-19 vaccine field.

Nevertheless, under any scenario: “The overall pace of many of the programs could be impacted as the investigation progresses and the sponsors become more vigilant,” the analyst wrote.

AstraZeneca has been criticized by some commentators for a lack of transparency around the trial suspension, which was first revealed by US publication STAT on 8 September. Remarks by Soriot to a private J.P. Morgan investor meeting the following day were not made public, but during the Tortoise meeting he said that long-planned meeting had not included any extra information.

AstraZeneca is one of three current European/US biopharma frontrunners in developing a COVID-19 vaccine, with Pfizer/BioNTech and Moderna also in Phase III pivotal trials. Its candidate differs from these in that it uses a chimpanzee adenovirus to deliver the antigen, rather than being an mRNA- based vaccine.

Soriot acknowledged the potential for an outright failure for AZD1222, as success rates in vaccine trials remain low, even under normal circumstances and timelines.

The AstraZeneca program has been underwritten by funding from the US government’s Biomedical Advanced Research and Development Authority (BARDA) which has awarded $1.2bn for its development, production, and delivery, as well as organizations such as Coalition for Epidemic Preparedness Innovations (CEPI)

“It's a financial risk but when you see the impact of this disease on the world from a health viewpoint, but also from an economic viewpoint, the few hundred million dollars invested at risk. I think are well worth [the] financial risk,” said Soriot. “This is how you do it; but safety cannot be compromised.”

The EU, the UK and Japan and other nations have also signed advance purchase agreements with AstraZeneca and other COVID-19 vaccine developers, which include some upfront payment before delivery.

AstraZeneca and partner Oxford University also differ from Pfizer Inc. and Moderna in taking a not-for-profit approach, pricing their vaccine at around $2-4 per dose, as opposed to $19.50 per dose from Pfizer and similarly priced deals secured by Moderna.

If AstraZeneca’s candidate were to drop out of contention, this would remove a planned 3 billon doses of vaccine from global supplies. This includes deals not just with developed nations, but with the GAVI vaccine alliance and World Health Organization COVAX initiative, which will help supply less developed nations.

That could open up more potential for Pfizer and Moderna - the latter is particularly focused on making a return from its vaccine, which would be its first ever approved product. Other vaccine developers, most notably J&J and Sanofi and GSK have also pledged to provide their COVID-19 vaccines at non-profit prices but are expected to take until mid-2021 at the earliest to gain approval.

Transverse myelitis is one of a list of rare but serious autoimmune side effects which have been observed across a number of different existing vaccines. A systematic review of journals published between 1970 and 2009 published in PubMed found 37 reported cases of TM associated with different vaccines including hepatitis B virus, measles-mumps-rubella, diphtheria-tetanus-pertussis and others, given to infants, children and adults

In most of these reported cases, the adverse events typically lasted between a few days and three months, although a longer time frame of up to several years was also suggested.

Ian Jones, a professor of virology, University of Reading, an expert in the field not connected to the trials commented to Scrip: “The TM reaction is known to occur with a variety of agents and is assumed to be rare inflammatory excess that is probably down to the individual, which is why many different agents can trigger it. Certainly, viruses are in the mix but it could indeed include the control arm who got the men [meningococcal] conjugate.”

AZD1222 is based on a non-replicative recombinant chimpanzee adenovirus-based vector, ChAdOx1. This has been used in early trials in diseases such as Ebola, but the COVID-19 are the most advanced studies yet.

If an association between AZD1222 and TM has some basis, companies developing COVID-19 vaccines based on other adenoviruses – namely CanSino, J&J and Russia’s already approved Sputnik V vaccine – may see their candidates face particular scrutiny.

“I assume the stoppage is as a result of the symptoms being at least possibly vaccine related but if this turns out to be the case, I would expect to see the same thing in the other adeno-based trials. We have to wait and see but they could just have been unlucky and hit the one in a million unusual reaction early.”