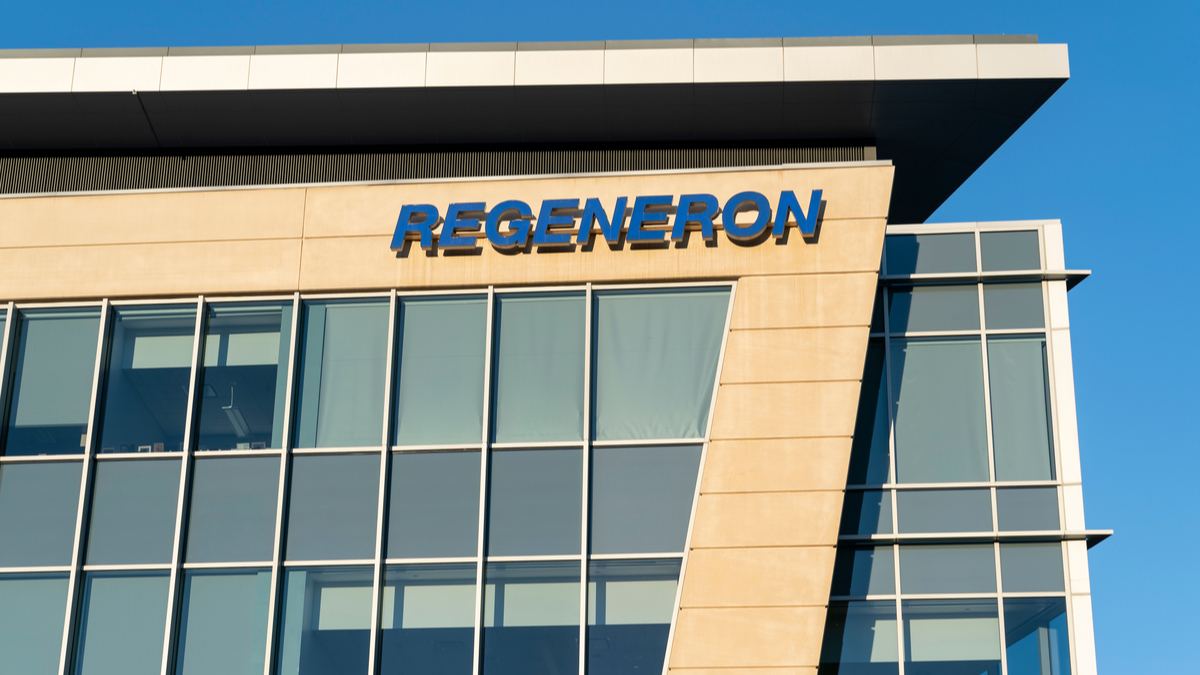 Regeneron Pharmaceuticals, Inc. has filed its monoclonal antibody therapy REGN-COV2 with  the Food and Drug Administration for emergency use approval, announcing the submission just hours after President Trump praised it as a ‘cure’ for COVID-19.

Discussions with the US regulator about a potential EUA had already begun after the company announced promising results two weeks ago, but the antibody cocktail was thrust in to the limelight when doctors administered the treatment to President Trump when he was diagnosed with coronavirus infection late last week.

In the recorded video message, an upbeat Trump said his COVID-19 infection was a “blessing from God” and that the Regeneron cocktail had helped him recover rapidly. “I felt unbelievable,” he said, adding: “I call that a cure.”

Trump was also treated with a number of other therapies, including Gilead’s remdesivir and steroid dexamethasone. Medical experts caution that it is far too early to claim that the president has beaten the disease, with the next few weeks crucial in terms of how it progresses.

Trump’s remarks talking up the benefits of the drug have also caused concern, as the evidence supporting the drug’s use in COVID-19 patients is still early. Data from an initial read-out suggested only a subset of patients who fail to generate their own antibodies clearly benefit from the treatment, and it will now be down to the US Food and Drug Administration to determine whether REGN-COV2 should be granted an EUA.

Under its agreement with the US government for the initial doses of REGN-COV2, if an EUA is granted the government has committed to making the therapy available to US patients at no cost,  and would be responsible for their distribution.

On 5 October the company's CEO Leonard Schleifer acknowledged that having provided the therapy to Trump on a 'compassionate use' basis raised many ethical questions. Speaking to CNBC, he said it was a 'very tough situation'.

“Giving it to [Trump] or to others who might not be able or don’t qualify for clinical trials is the right use of compassionate use. That’s for small numbers of people, for these exceptions,” he said. “We want everybody to be potentially able to benefit," said Schleifer.

"We understand we don’t make that decision. This is a decision the FDA has to make,” he added.

Regeneron’s announcement coincided with Eli Lilly unveiling data from its own monoclonal antibody therapy, which it also plans to file for an EUA.

India’s drugs regulator, the Drugs Controller General of India (DCGI), has disallowed a proposal by Dr. Reddy's Laboratories Ltd., which is partnering Russian Direct Investment Fund (RDIF) for a COVID-19 vaccine, to directly conduct Phase III trials in the country.

The DCGI has earlier ruled out permitting emergency use authorizations (EUAs) for COVID-19 vaccines before the completion of clinical trials. ("No EUA For COVID19 Vaccines Prior To Trials Completion Says India" "Scrip" )

“After detailed deliberation, the committee recommended that the firm should follow the regulatory requirements and conduct phase II/III trial in the country with proper monitoring for humoral and cell mediated immune response,” the subject expert committee that looked into Dr Reddy’s proposal said.

Dr Reddy’s has tied up with RDIF on clinical trials and distribution of the Sputnik V vaccine in India, which has seen concern around the speed at which the vaccine candidate made it to registration in Russia, backed by limited data. ("Dr Reddys To Steer Russian COVID-19 Vaccine Plans In India" "Scrip" )

Sputnik V was granted provisional approval in Russia on 11 August, making it the world’s first COVID-19 immunization to gain regulatory clearance despite no trial data having been released at that point. Data from a Phase I/II open label study in just 76 subjects is still far from what would ordinarily be considered sufficient data for approval in any region.

However, RDIF has maintained that the vaccine’s human adenovirus dual vector platform will provide a “safe and scientifically validated” option to India in the battle against COVID-19. A phase III trial of Sputnik V is underway in Russia on around 40,000 subjects since September 1.

Dr Reddy’s is expected to receive 100 million doses of the vaccine once approved in India. Deliveries could potentially commence in late 2020, subject to completion of successful trials and registration by the Indian regulator.

The Indian Council of Medical Research (ICMR), India’s research body, has received approval from the DCGI to conduct trials for using antiserum as treatment for COVID-19.

Biological E Limited. , which is also developing vaccines against the SARS-CoV-2 virus, has partnered ICMR to develop antiserum containing monoclonal or polyclonal antibodies in horses. ("JJ Taps Biological E For Up To 500m Coronavirus Vaccine Doses A Year" "Scrip" )

A study conducted by ICMR on plasma as therapy earlier had found it to be ineffective. “Although plasma recovered from COVID-19 patients could serve a similar purpose, the profile of antibodies, their efficacy and concentration keep varying from a patient to another,” it said.

However, standardization and donor-independency offered by equine sera-based treatment could be an efficient alternative to convalescent plasma. Equine serum has been tested to treat several viral and bacterial infections like rabies and hepatitis B.

As antiserum includes not just antibodies directed against a particular antigen of interest, but also other types of antibodies, companies like Regeneron Pharmaceuticals, Inc. are using monoclonal antibody therapy for COVID-19, with the US President Trump having received this therapy recently. ("Executive Privilege How Giving Trump Special Access To Experimental COVID Treatment Could Backfire" "Scrip" )

Besides, drugs like hydroxychloroquine, chloroquine and azithromycin, which have been explored as COVID-19 treatments but discarded due to their tendency to induce arrythmia, could potentially be used along with cannabinoids as adjunct therapy, the company says.

Akseera is conducting research on three fronts to address the pandemic, an approach it terms as augment, prevent and treat.

Pre-clinical data shows that cannabidiol (CBD), one of the cannabinoids developed by the firm, prevents cardiotoxicity and pro-arrhythmic effects of drugs which affect ion channels, and could be a useful adjunct therapy for COVID-19.

CBD is part of the augment strategy, while Akseera is in talks to in-license research on the reduction of ACE2 receptors, the receptors to which SARS-CoV-2 virus latches on, as part of a preventive strategy.

As treatment, it is studying four viral proteins unique to Sars-Cov-2, to verify their impact at the cellular level and testing six candidates to see if they can rescue cells from the impact of these viral proteins.

Akseera has entered into a tie-up with the Institute of Chemical technology (ICT) in India to create lab-based cannabinoids through organic synthesis and with the University of Waterloo (UW) in Canada for biosynthesized cannabinoids. Lab-based cannabinoids enable manufacturing of a single cannabinoid without the intoxicating components of the plant, reducing the abuse potential.

The company’s research team is also evaluating the therapeutic value of cannabinoids for several indications including cardiac arrythmias in diabetes and neuromuscular disorders.

Eisai Co., Ltd. has entered into a joint research agreement with four research organizations in Japan to investigate novel therapeutics for the coronavirus, supported by an infectious diseases program coordinated by the country’s Agency for Medical Research and Development (AMED).

The major pharma firm will work with its own subsidiary KAN Research Institute, the National Center for Global Health and Medicine, Nagasaki University and Yokohama City University to develop animal models of infection to better understand the formation and exacerbation of vasculopathy as well as the “cytokine storm” and multiple organ failure sometimes triggered by SARS-CoV-2.

The consortium will also investigate Eisai’s Toll-like receptor 4 antagonist eritoran, and anti-FKN (fractalkine) antibody E6011 (discovered by the KAN institute). Eritoran failed in its lead indication of sepsis back in 2011 but has since been investigated in viral infections including influenza, given that viruses can activate TLR4 to induce an inflammatory response.