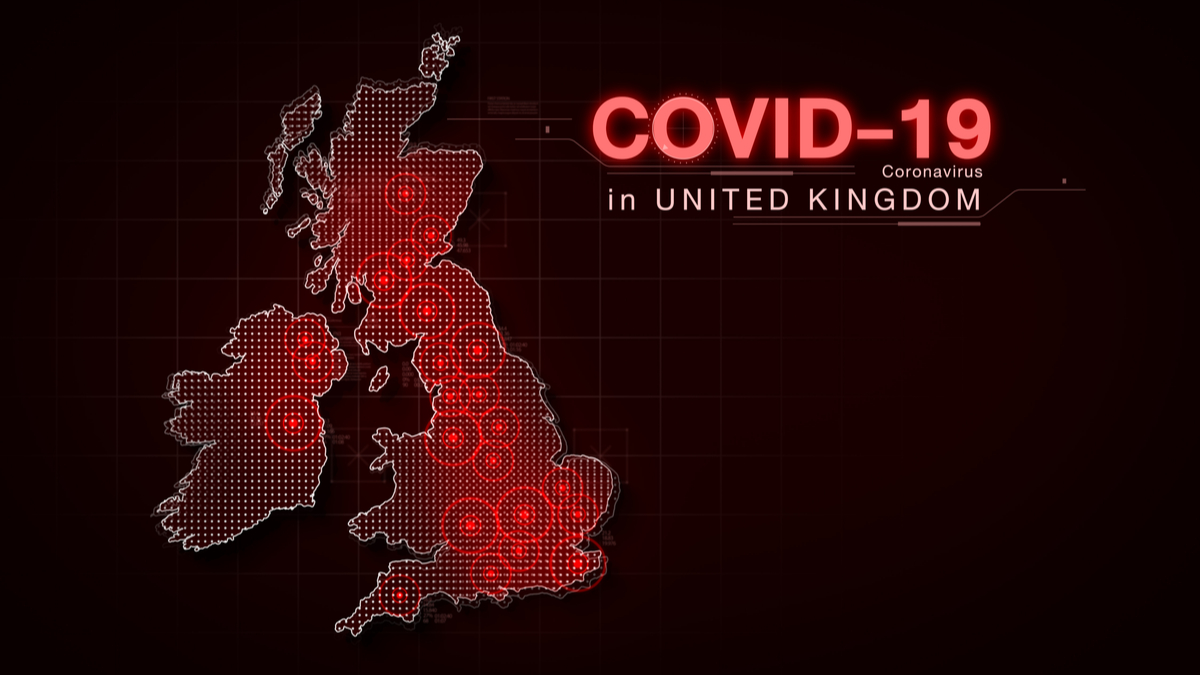 Interview: Diagnostics' Vital Role Is Something to Shout About, Says UK's BIVDA

In mid-September, the British In Vitro Diagnostics Association found itself defending manufacturers and suppliers of diagnostic testing supplies and government coronavirus testing policy, after a resurgence in the virus led to renewed claims in the national media that not enough testing was being done.

UK Prime Minister Boris Johnson had only recently pledged mass testing and promised 500,000 confirmatory COVID-19 tests per day by the end of October. But criticism of the operational elements of the national testing strategy – individuals not being able to book or have tests, lab capacity not available, and test and trace not working as it should – meant that the lab test sector was again put on the spot.

What is going wrong with the labs? That was the question the national media was asking, after guidance on COVID-19 test entitlement in the UK was changed. Systemic issues at laboratories, differences in priorities among labs, reports of backlogs of unprocessed swabs and uncertainty caused by confusing government policy were the charges being levelled, and British In Vitro Diagnostics Association (BIVDA) chief executive Doris-Ann Williams was called upon to supply the answers.

Testing has been directed to where it is most needed, she said, but she also highlighted a shortage of lab scientific staff needed to ramp up testing activity ahead of the winter season. COVID-19 reagents and other materials were not in short supply, she stressed, and UK manufacturers had even been able to do stock building since the summer.

Processing of tests requires precise expertise: taking swabs, extraction, analysis, loading into the LIMS (Laboratory Information Management System) and providing the result to the patient. There is a lot of manual input, and the processes require trained clinical staff.

The risk of an autumn COVID-19 spike had always been there, but it duly became another challenge for health care stakeholders, not just in the UK. One in ten people in England have been tested at least once since test and trace was launched, the Department of Health and Social Care (DHSC) said in a statement. The latest DHSC information (9 October) said one in 170 people in England had the virus between 18 September and 5 October, when there were 45,000 new infections every day.

The test and trace policy has had many critics, but Helen Dent, appointed by Williams in late June as BIVDA chief operating officer, looks at the coronavirus challenge differently. The operational, day-to-day management of test and trace is ”fair,” she told Medtech Insight. “The infrastructure for procuring the products, services and consumables from the supplier base could not achieve anything better within the regulations, [but could with] increased transparency,” she continued.

The UK Lighthouse Labs were seen to have a bad start. In hindsight, this is a little unfair, said Dent, and while there have been improvements in communication and collaboration, there has also been distrust and a feeling of secrecy. For accreditation and process reasons, the labs cannot get tests in quickly enough to allow the system to flow and be “factory-like.” National Health Service (NHS) labs are expected to take up some of the slack and will offer support, but they are not doing mainstream testing for the virus. More Lighthouse Labs are expected to come onstream to support the COVID-19 specialist testing labs, but there remains concern over where staff to maintain the service will be found, said Dent.

The UK’s testing issues have led to confusion and recrimination, but Dent is clear that the government’s communications are part of the problem. “There would not have been an issue in ramping up testing capacity if the public had not been made aware that was the plan – it merely increased demand for tests.” Industry could have ramped up tests ahead of time, she insisted.

“Product will be delivered, as the supply chains are robust, only not immediately at the point when demand suddenly increases.” She added: “It is unrealistic to expect suppliers to hold that level of stock on hand without adequate notice of increased volumes.”

BIVDA has regular communications on supply chain needs with the wider industry, and represents members to the DHSC’s test and trace team, procurement teams, NHS Supply Chain and Public Health England. Robust global supply chains are the crucial factor, said Dent. It should not matter where a manufacturer is based, she said, stressing the strength of the UK IVD industry over many years. “Even if there is currently less domestic manufacturing than previously, there is still a strong UK domiciled manufacturing base.”

As long as forecasts are provided that allow manufacturing capacity to be adjusted, the diagnostics industry can cater for the necessary testing requirements of the UK, she insisted.

However, mass antibody testing remains non-viable at present for tracking COVID-19 spread and immunity in the wider population. In the future, antibody testing may coincide with vaccination. “Lateral flow rapid tests have much clinical potential, and are scientifically possible, but their limiting factors are quality control, data management and public behaviors. LFT results must still be lab confirmed, so their utility, for public use, remains limited for the present.

The current challenge was made more difficult as, prior to COVID-19, NHS England was restructuring the national lab diagnosis system into 29 hubs. The aim  was to reduce overall laboratory capacity and create greater efficiencies. In theory, the hubs system drives an internal competitive market, allowing GP testing to be processed at any hub in the country at high volumes. As such, its success depends on maximum efficiency and best pricing.

“Redundant capacity and efficient lab services do not naturally sit together.” – Helen Dent.

But the new system left NHS England with little excess capacity. Dent said the question remains, in light of COVID-19, if the UK should reduce the overall capacity moving forward, for efficiency savings, or expand it to factor in redundant capacity? “The decision needs to be made, as redundant capacity and efficient lab services do not naturally sit together,” she said.

Only a few of the 29 hubs were legally and operationally aligned prior to COVID. It is a system that cannot deal with issues like COVID, given that it works at capacity and leanly to reach efficiency targets. While high volumes of tests can be done, the issue is one of size. “It would be good to look at other performance metrics for the hubs to really understand how successful they are.” One option for the UK going forward would be to mothball the Lighthouse Labs for future public health emergencies, but, again, this would waste resources, Dent suggested.

A half year UK diagnostics industry marketing audit issued in late September revealed that the COVID-19 pandemic is having a substantial impact on the IVDs industry, with revenues for some tests down by over 90%. There was 60-70% drop in volumes overall during the period, however, the total market value grew by 2.5%, with coronavirus testing one of the largest categories.

Revenues from general chemistry, hormones and tumor marker tests were down by 10% to 15% in the period January to June. The 27 companies that submitted revenue data accounted for over 95% of the total UK IVDs market (excluding glucose self-tests).

Dent praised manufacturers’ agility in repurposing or expanding product lines, allowing them to continue operating, albeit with a different product in some cases. The NHS is far from back to normal, in spite of NHS England’s recent rallying call to hospitals and trusts for a 90% return to normal hospital activity by the end of November. ()

Dent said BIVDA would jointly collaborate with other associations, such as the Association of British HealthTech Industries, on areas that furthered the collective voice of UK diagnostics, such as on KPIs and credentialing of staff who access NHS sites. In those aspects, it makes sense for the wider industry to work together, but the association would not share commercially confidential information, IP or expertise moving forward. Fellow industry association GAMBICA (instrumentation and laboratory technology) has pledged its support to the BIVDA Expo, a virtual networking event scheduled for 10-12 November.

Visibility is something Dent will increase. The association, she says, has been guilty of “doing the doing, rather than talking about the doing.” She added: “Members need to be aware of what we are doing and have done with skill sets and expertise already in place.”

The change has already begun. “Over the past six months, BIVDA media citations have risen to a high level, and the association is already more “visible” in its communications, in the media and on Twitter and LinkedIn. “Where we presumed our actions were our voice, we will now have a voice as well, and will speak about our actions in a more robust manner,” she said.

BIVDA’s voice of the industry and position papers work will be channelled through its external affairs working party, which sits alongside others on regulatory affairs, procurement, digital, diabetes care, and exports, as well as COVID-19.

“We’re in a better position now than we’ve ever been to deliver the requirements of members and deliver for the future of diagnostics.” – Helen Dent.

The association plans a large scale stakeholder review following COVID-19, mindful that, pre-COVID, diagnostics was not at the front of stakeholders’ minds. With health minister Lord Bethell now focusing on COVID-19 and diagnostics generally, the industry is in a natural position to deliver and maintain the momentum required for a step change towards earlier diagnosis.

“The interest is there, and so now is the understanding. BIVDA members have the expertise, and we’ve also done everything that has been asked of us in recent months,” said Dent. “We’re in a better position now than we’ve ever been to deliver the requirements of members and deliver for the future of diagnostics.”

BIVDA will also set up a European affairs section. Post-Brexit, the association will remain part of MedTech Europe. The UK association has been a voice in the conversation to defer the entry in force of the EU In Vitro Diagnostics Regulation (IVDR). BIVDA feels the industry consensus is that a year’s delay would not meet with resistance from industry, even among those companies that are quite far advanced in their compliance programs.

At the association's mid-October regulatory affairs working party meeting, it was clear that the UK IVD's sector is is preoccupied both with ensuring that products meet the requirements of the IVDR and with the potential for additional workload and expense that UK regulation for IVDs would bring.

Post-Brexit, it is important that UK industry does not have to work with two very different regulatory codes. BIVDA supports the idea of systems that are by and large the same on packaging and regulation, etc. The UK IVDs industry has strong EU revenues, as well as revenues from other export markets, and a local UK market of £914m ($1.2bn), according to BIVDA’s 2019 market audit.

In spite of COVID, IVDs remain an exciting place. The issue of slow adoption of innovation persists, but this is mainly for procedural reasons, said Dent. “What COVID has done for the industry is to show how quickly approval for use can be achieved. It has taken barriers away and shown where the actual issue is – in adoption.”

The lessons learned from the pandemic should be applied to the 29 UK hubs, to ensure both an efficient lab network as well as to provide potential emergency capacity (the Lighthouse Labs), said Dent, whose past experience in procurement at NHS PASA and NHS Blood and Transplant, and in managed equipment services and contract law at Abbott Laboratories Ltd, will be leveraged at BIVDA in the day to day needs of members.

Her immediate remit is bound up in defining the industry’s operational priorities, identifying BIVDA’s communications needs, monitoring COVID-19 supply chain capacity, and securing test and trace transparency. “We must ensure that the risks of failure in supply are minimized,” said Dent, three months into a role whose internal and external challenges will provide a stern test – but one she appears more than ready to take on.