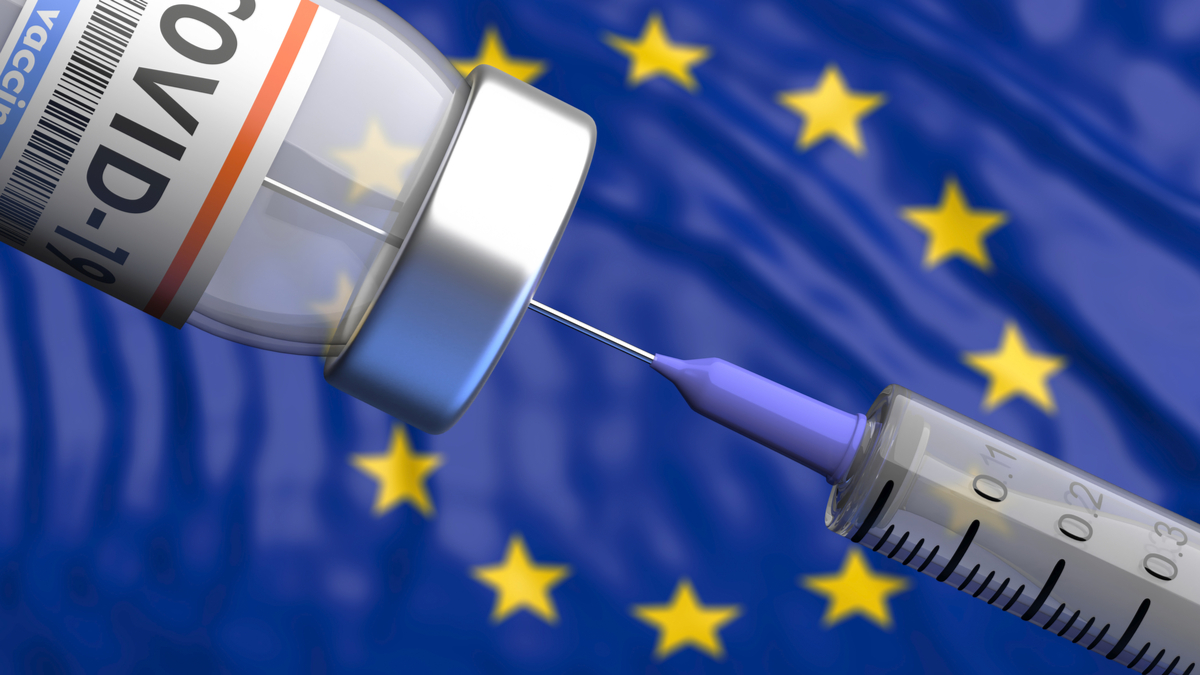 The big news of the week – and it’s only Monday – is that the US firm Moderna, Inc. is claiming an efficacy rate of 94.5% for its mRNA COVID-19 vaccine following an interim analysis of the Phase III COVE trial data.

The results put Moderna slightly ahead of both the Pfizer Inc./BioNTech SE and Russian Sputnik V vaccines, which have recently claimed efficacy rates of 90% and 92% respectively. The company’s mRNA-1273 vaccine may have a more tangible benefit over the Pfizer/BioNTech product in being able to be stored at a much higher temperature, making for easier distribution.

Monday was not short of other developments on the coronavirus front. The European Medicines Agency announced that it had begun a rolling review of the Moderna vaccine, while Emer Cooke began her five-year tenure amid what she called an “unprecedented” health emergency. And the Johnson & Johnson subsidiary, Janssen, announced the start of a second Phase III trial with its coronavirus vaccine.

Moderna said the interim analysis of the COVE data was based on 95 cases, of which 90 cases of COVID-19 were observed in the placebo group versus five in the mRNA-1273 group, “resulting in a point estimate of vaccine efficacy of 94.5% (p <0.00010).” 11 of the cases were classified as "severe" and all of them occurred in the placebo arm of the study.

The interim analysis included a concurrent review of the available COVE study safety data by the data safety monitoring board, “which did not report any significant safety concerns” and “indicated that the vaccine was generally well tolerated” with most adverse events being “mild or moderate in severity,” the company said.

As more cases accrue leading up to the final analysis, it said it expected the point estimate for vaccine efficacy to change, adding that it planned to submit data from the full Phase III COVE study to a peer-reviewed publication.

“This positive interim analysis from our Phase III study has given us the first clinical validation that our vaccine can prevent COVID-19 disease, including severe disease,” said Stéphane Bancel, CEO of Moderna.

On the back of the interim safety and efficacy data, the company says it expects to file for an emergency use authorization (EUA) in the US in the coming weeks and expects the EUA to be based on the final analysis of 151 cases and a median follow-up of more than two months. Marketing authorization filings will also be made to other regulatory agencies around the world.

By the end of this year, Moderna expects to have about 20 million doses of mRNA-1273 ready to ship in the US and says it remains on track to manufacture 500 million to one billion doses globally in 2021.

The company has also produced new data showing that its vaccine remains stable at 2-8 degrees Celsius, the temperature of a standard home or medical refrigerator, for 30 days, rather than the seven days it had initially estimated. The product also remains stable at –20 degrees Celsius for up to six months and at room temperature for up to 12 hours.

“We believe that our investments in mRNA delivery technology and manufacturing process development will allow us to store and ship our COVID-19 vaccine candidate at temperatures commonly found in readily available pharmaceutical freezers and refrigerators,” said Juan Andres, Moderna's chief technical operations and quality officer.

“The ability to store our vaccine for up to 6 months at –20° C including up to 30 days at normal refrigerator conditions after thawing is an important development and would enable simpler distribution and more flexibility to facilitate wider-scale vaccination in the United States and other parts of the world,” Andres added.

The EMA said its decision to begin the rolling review of mRNA-1273 was based on preliminary results from non-clinical studies and early clinical trials in adults “which suggest that the vaccine triggers the production of antibodies and T cells… that target the virus.” The announcement came shortly before the COVE results were published.

The first batch of non-clinical data is already under evaluation, the agency said, noting that the rolling review will continue until enough evidence is available to support a formal marketing authorization application.

The Moderna vaccine has also been filed with the UK regulator, the MHRA, which has already begun its rolling review following the publication of positive results of a preclinical viral challenge of mRNA-1273 and the positive interim analysis of the Phase I study of the vaccine in adults aged 18-55 and older adults aged 56-70 and 71+. ()

The UK government welcomed the results and said it was “in advanced discussions with Moderna to ensure UK access to their vaccine as part of the wider UK portfolio" – although later in the day it announced that it had secured a deal to purchase an initial five million doses of the vaccine. It said that Moderna was currently scaling up its European supply chain "which means these doses would become available in spring 2021 in the UK at the earliest.” The deal brings to 355 million the total number of vaccine doses the UK government has agreed to buy.

On 13 November Moderna announced the start of a rolling review by Switzerland’s regulatory body, Swissmedic.

In another development, Janssen Pharmaceutical Cos. has begun a second Phase III Study of its vaccine, JNJ-78436735. The pivotal, large-scale, multi-country ENSEMBLE 2 trial will study the safety and efficacy of a two-dose vaccine regimen for preventing COVID-19 in up to 30,000 participants worldwide. It will run in parallel with the existing ENSEMBLE Phase III trial, which is investigating a single-dose regimen of the vaccine.

Explaining why it was undertaking a two-dose study, the company said that while a potentially effective single-dose vaccine with a good safety profile “would have significant benefits, particularly in a pandemic setting,” its COVID-19 vaccine program had been designed to be “extremely thorough and driven by science. As such, we are investigating multiple doses and dosing regimens to evaluate their long-term efficacy.”

ENSEMBLE 2 will assess the efficacy of the vaccine after both the first and second doses to evaluate protection against the SARS-CoV-2 virus and “potential incremental benefits for duration of protection with a second dose.”

It will enrol participants in Belgium, Colombia, France, Germany, the Philippines, South Africa, Spain, the UK and the US. In order to evaluate the vaccine's efficacy, "clinical trial sites in countries and areas with high incidence of COVID-19 and the ability to achieve a rapid initiation were selected,” Janssen observed.

“I take up the role of executive director of EMA amid a public health crisis of unprecedented scale.” So said Emer Cooke today as she took over the reins at the agency amid the ongoing coronavirus pandemic and constraints on the agency’s resources resulting from the relocation from London to Amsterdam as a result of Brexit.

“My number one priority will be to drive forward EMA’s response to the pandemic and the work already ongoing to support the development and approval of safe and effective COVID-19 vaccines and treatments,” Cooke said on the first day of her five-year term as executive director.

She also noted that the agency would have several other challenges on its plate, not least supporting “new waves of innovation,” making the most of the opportunities offered by digital transformation in the drug discovery and development process, and tackling antimicrobial resistance. ()

Cooke, who has 30 years’ experience in regulatory affairs and is the first woman to lead the EMA, welcomed the news that the agency is to have a strengthened role in public health emergency preparedness and management in the form of a clear framework that allows it to react quickly in the event of future crises.

A draft EU regulation published on 11 November intends to put on a permanent footing some of the structures the agency implemented to deal with the pandemic, such as managing drug shortages and offering fast-track scientific advice on clinical trial protocols. ()

“Last week’s announcement of the expansion of EMA’s mandate is an acknowledgement of the trust in our ability to deliver,” Cooke declared. “I look forward to working with the EU regulatory network, the European Commission, and regulators globally, to address these issues and to further promote human and animal health.”

The agency’s outgoing executive director, Guido Rasi, stressed the importance of the role medicines regulators were now playing in reviewing the available data packages on potential COVID-19 vaccines “to ensure that our usual high standards of safety, efficacy and quality are achieved and upheld.”

He said this was “a vitally important step as the time spent in conducting the review will not only ensure that our stringent regulatory standards are met but will also serve to reinforce public confidence in the vaccines.”

He described his successor as “a strong leader who is committed to steering EMA during this very challenging period and ensuring that the agency’s work on COVID-19-related activities continues uninterrupted."

Echoing Cooke’s comments last month at a virtual conference to celebrate the agency’s 25-year anniversary, Rasi again called for more resources to be given to the agency so that it could “continue to deliver on its core business, deliver on the joint EMA/Heads of Medicines Agencies strategy for the next five years to address future challenges, and undertake the additional activities to fulfil its new mandate.” ()

As head of the EMA, Cooke also takes over as chair of the International Coalition of Medicines Regulatory Authorities (ICMRA). Earlier this month, ICMRA and the World Health Organization issued a joint statement calling for better regulatory alignment on COVID-19 vaccines and medicines at the global level.

They said that multilateral cooperation among regulators would be ”critical in ensuring there is a level playing field, that COVID-19 vaccines and medicines are safe, effective and quality-assured, and that all countries may benefit from such products equitably and at the same time.”

According to the statement, regulatory approvals must be based on “an independent scientific assessment of benefits and risks,” and robust and reliable efficacy and safety data to support market approval “are best collected through randomized controlled clinical trials.”

The two signatories said they would work to prioritize well designed trials, ensure “meaningful and scientifically sound endpoints and safety data of sufficient duration in clinical trials,” and share data in real time to facilitate multi-country approvals. They also committed to “full transparency of clinical trial results to support regulatory decisions as well as ensuring public trust in authorities and confidence in vaccines,” and said they would work to prevent or mitigate shortages of critical products.