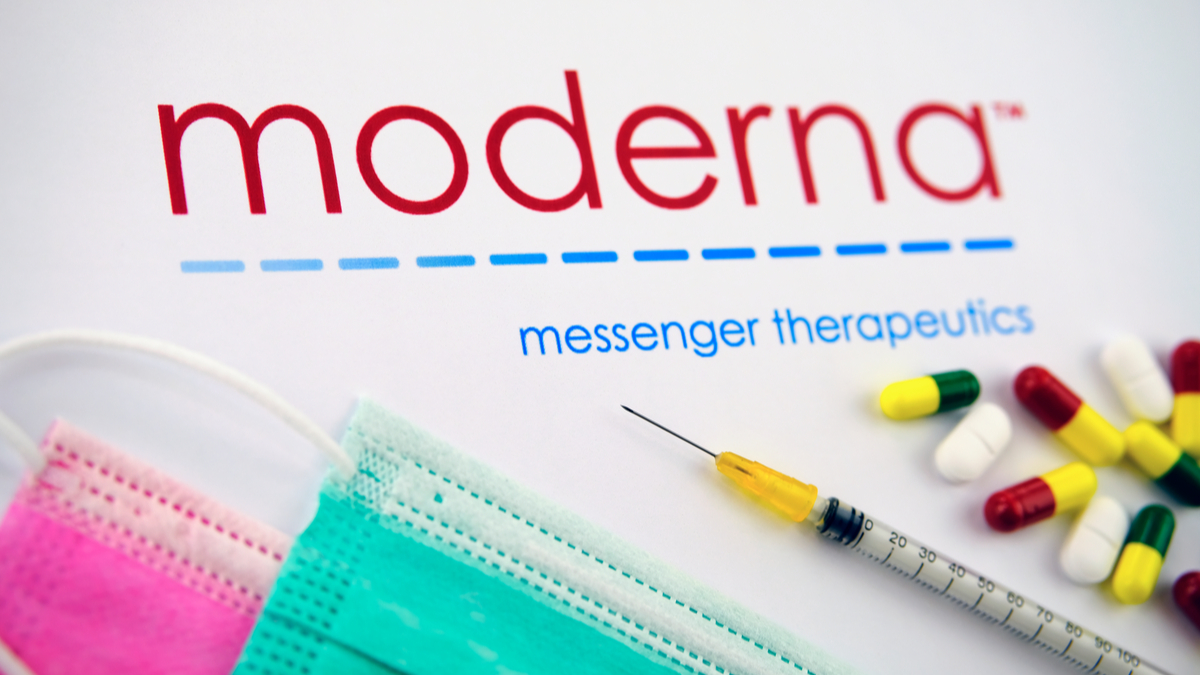 Moderna, Inc. ’s COVID-19 vaccine candidate MRNA-1273 has produced a 94.5% level of efficacy in the first interim analysis of 95 cases from its Phase III COVE trial.

The results have provided more cheer in the fight against the pandemic and are also a boon for the company's shareholders.

The primary endpoint of the Phase III COVE study is COVID-19 cases confirmed and adjudicated starting two weeks following the second dose of vaccine, and the first interim analysis of 95 cases found that 90 were observed in the placebo group versus five in the mRNA-1273 group, resulting in a point estimate of vaccine efficacy of 94.5% (p <0.0001).

A secondary endpoint analyzed 11 severe cases of COVID-19 (as defined in the study protocol) and all occurred in the placebo group. The 95 COVID-19 cases included 15 older adults (ages 65+) and 20 participants identifying as being from diverse communities.

This is the second of the mRNA-based vaccine candidates to report initial Phase III data. Last week saw Pfizer Inc. and BioNTech SE release their first interim analysis based on the first 94 cases recorded in their trial, producing a far better than expected 90% efficacy rate.

Like Pfizer, Moderna has only released this single topline data readout, and it will be for regulators including at the US Food and Drug Administration to scrutinize the full efficacy and safety data dossiers, which both companies are now expected to submit by the end of this month.

The companies must await safety data accrued after a median duration of at least two months after the first cohort of patients have received their second dose.

The signs are now good that both the mRNA-based vaccines can gain emergency use authorization (EUA) before the end of 2020, allowing the first few million doses of the vaccines to be administered shortly afterwards. Rolling reviews of the Moderna vaccine have already started in the UK, EU and Canada. ()

“This is a pivotal moment in the development of our COVID-19 vaccine candidate, “ said Stéphane Bancel, CEO of Moderna.

“Since early January, we have chased this virus with the intent to protect as many people around the world as possible. All along, we have known that each day matters. This positive interim analysis from our Phase III study has given us the first clinical validation that our vaccine can prevent COVID-19 disease, including severe disease.”

Bancel said the company now looked forward to the next milestones of submitting for an EUA in the US, and further regulatory filings in countries around the world.

While Pfizer is using its own supply chain in the US, Moderna will work with the US Centers for Disease Control and Prevention (CDC), Operation Warp Speed and McKesson, a COVID-19 vaccine distributor contracted by the US government to bring the vaccine to US populations, in rolling out the vaccine.

Once approved, the company expects to have around 20 million doses of mRNA-1273 ready to ship in the US, with the first doses expected to reach ex-US countries in the first quarter of 2021. Moderna then expects its manufacture up to between 500 million to 1 billion doses globally in 2021.

Pfizer looks to have the edge on Moderna regarding supplies, forecasting 50 million doses being available this year and up to $1.3 billion by 2021. Nevertheless all these doses and millions more from other companies will be needed to meet global demand.

Earlier this year, analysts at Jefferies forecast that around 100-200 million people would receive a COVID-19 vaccine worldwide in 2021, and that Moderna could achieve a market share of 20-25%.

While its interim efficacy looks superior to the Pfizer and BioNTech vaccine, this is probably not significant enough to make a difference in commercial terms. However, when more detailed clinical results emerge, any difference in their performance in key groups, such as the elderly, or in the duration of their protection, will be significant.

Other factors, such as considerations as the convenience of its supply chain (which only requires standard refrigeration rather than the -75°C cold-storage of Pfizer’s vaccine) and pricing strategies could also play a role for these two frontrunners.

Pfizer/BioNTech have just finalized an agreement to supply the EU with 200 million doses, plus an option for a further 100 million. EU officials said they have paid less than $19.50 per injection agreed with the US.

Moderna has maintained it will seek a price of around $25 per dose ($50 for the two-dose regimen), but may ultimately have to compromise to secure a deal in Europe. Its $1.5bn deal with the US government via Operation Warp Speed worked out as $15 per dose, but factoring in an earlier $1bn payment for its development brings that price to around $25 per dose.

Analysts at Jefferies were impressed with the results, commenting: “This de-risks the [Moderna] platform and should increase visibility on a potential "best in class" vaccine.”

The company's share price has soared over the course of this year, having more than quadrupled from its $18 a share in January. Most investors had already anticipated the successful interim read-out, but markets buoyed by the news, which could help free the global economy in 2021, could see its share price rise further nevertheless.

Looking ahead, Jefferies said the next big event would be data showing whether other vaccines that are not mRNA-technology based – including from AstraZeneca PLC and Johnson & Johnson (both adenovirus vector based) and Sanofi/GlaxoSmithKline plc (protein subunit plus adjuvant) – can come close to these topline results.