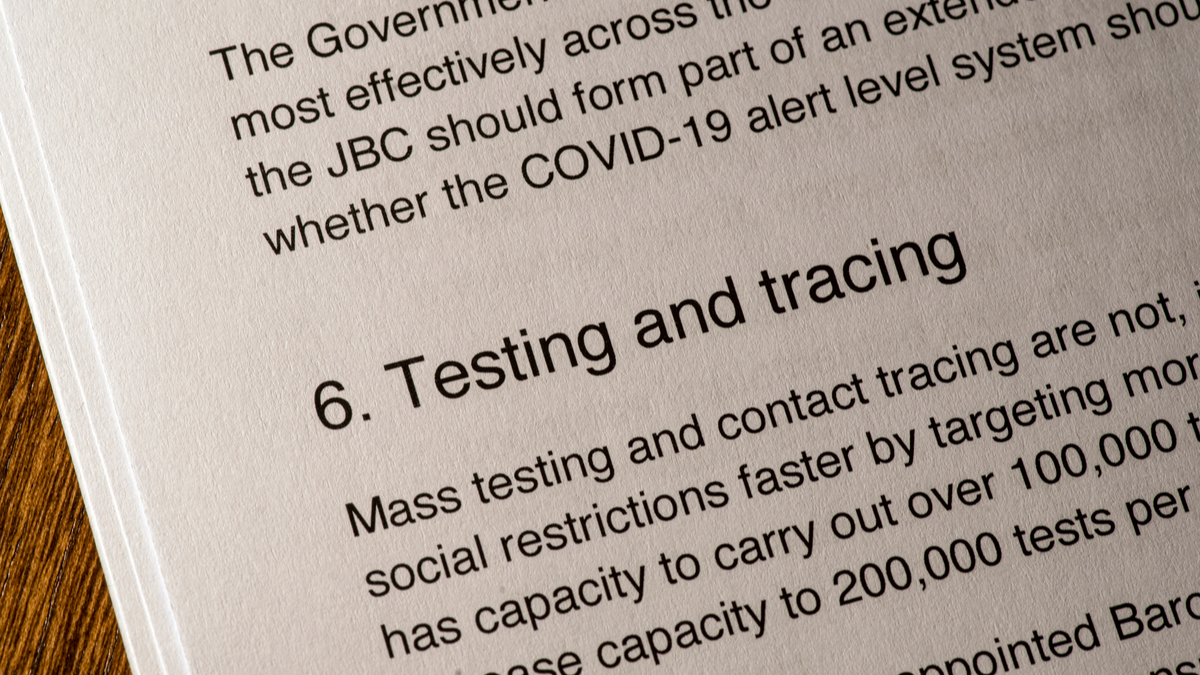 A low-cost, rapid test for SARS-CoV-2 that detects the virus’s interaction with sugars around cells, and may perform just as well if the virus mutates, is being tested in UK government labs and if successful may form part of the UK’s rapid testing efforts as the country comes out of its second lockdown.

The spike protein from SARS-COV-2 has been shown in published research to bind to sialic acids, which UK researchers have exploited to build a lateral flow diagnostic device, using glycans rather than antibodies, as the recognition unit.

Prototypes of the device are being evaluated at Public Health England’s (PHE) Porton Down labs for rapid self-testing of saliva. The version being developed currently is a duplex assay, capable of distinguishing between SARS-Cov-2 and influenza.

Co-developer of the technology is Rob Field, director of the Manchester Institute of Biotechnology at the University of Manchester and co-founder and CEO of Iceni Diagnostics, a 2014 spin out from the John Innes Centre and the University of East Anglia, UK. He told Medtech Insight that sugars (glycans) on the surface of cells, which differ depending on the cell type, are often the first adhesion point for any pathogens with the host.

“With viruses that mutate regularly, the genetic material changes year on year, so does the protein on the surface of the virus. What doesn’t change is the ability of the virus to bind to sugars on animal cells. That’s where we come in – [we looked at how] we can exploit that recognition of sugars. In the short term our focus is on exploiting the sugar-protein interactions for the development of diagnostics,” said Field.

Iceni’s technology takes specific glycans that are found on cells and uses those instead of conventional antibodies or RNA aptimers in a lateral flow test format and uses polymer-stabilized, multivalent gold nanoparticles coated in these glycans. This proprietary HPGR (host-pathogen glycan recognition) technology can detect the presence of a live virus in non-invasive samples within around 15 minutes, according to the company.

Iceni initially developed tests that were able to differentiate between human and avian flu viruses, and its most advanced product before April this year was a diagnostic for equine influenza (Iceni is based at Norwich Research Park Innovation Centre, an hour’s drive from Newmarket racecourse).

COVID-19 changed all that, however, and the company has fast-tracked development of a rapid test for SARS-CoV-2 based on a lateral flow device that has the potential to test for active infection in people where there is mass movement, such as transport hubs and sporting events. The test could also be a useful tool for testing visitors to care homes, for example.

Field said the lateral flow device for SARS-CoV-2 has been tested on non-infectious viral particles and surface proteins but that an evaluation study at the PHE labs should show within six weeks or so whether the test can work accurately on the live virus.

“Sensitivity and specificity data only come from analysis of a large number of clinical samples. Accessing those samples as a small company with prototype is hard work,” he said.  “The problem is getting hold of enough of the infectious coronavirus to do these studies and part of that answer will come out of initial tests with PHE.”

Field said the PHE is evaluating the test with a cultured virus in a mock saliva matrix, targeted at evaluating a diagnostic that could be used with a saliva sample.

Iceni is also working with the NHS and care homes in the UK, initially to test the physical format of the prototype lateral flow device and its ease of use in collecting samples. Feedback from professional users will help the company refine the device before moving to large-scale manufacture.

The lateral flow device could potentially be used with saliva, nasal swab or throat swab samples.

Iceni is about to close another round of investment from private and angel investors, totalling “a couple of million pounds.” This will be enough to increase headcount from the current six scientists, to include business development staff, and will also be used to launch the equine influenza product. Work is also underway with the NHS on a rapid test for norovirus that can be used in hospital wards and accident and emergency departments.

The company is pursuing CE marking for the SARS-CoV-2 test in the first quarter of 2021 and in the US is discussing licensing opportunities with diagnostic companies, said Field. Iceni has teamed up with the Mayo Clinic Arizona to evaluate the technology to support US clearance, he added.

While the company is focused on diagnostics currently, some of the investment in the round is based on recognizing the broader potential, for example as an alternative to antibiotics for managing bacterial infection. “Our technology is based around how to make carbohydrates and how to present them, which is exactly what you’d do with a carbohydrate-based vaccine,” said Field.

Depending on the results of the PHE validation (in the next six weeks or so) and care home tests (to test the physical format of the device in the first instance) in early January, “we’ll continue to look at how we’ll enhance the sensitivity of the device,” said Field.

Field said the test development has moved a long way in short space of time. “A lot of this was teed up by local MPs [members of parliament] – they had the ear of key players up the chain [in government]. East Anglia has lot of food processing and poultry industry and has had significant coronavirus outbreaks [in the past, such as avian flu] and panic about testing, so MPs were keen to push along products that might help keep people in work.”

Iceni's lateral flow device is being evaluated by PHE