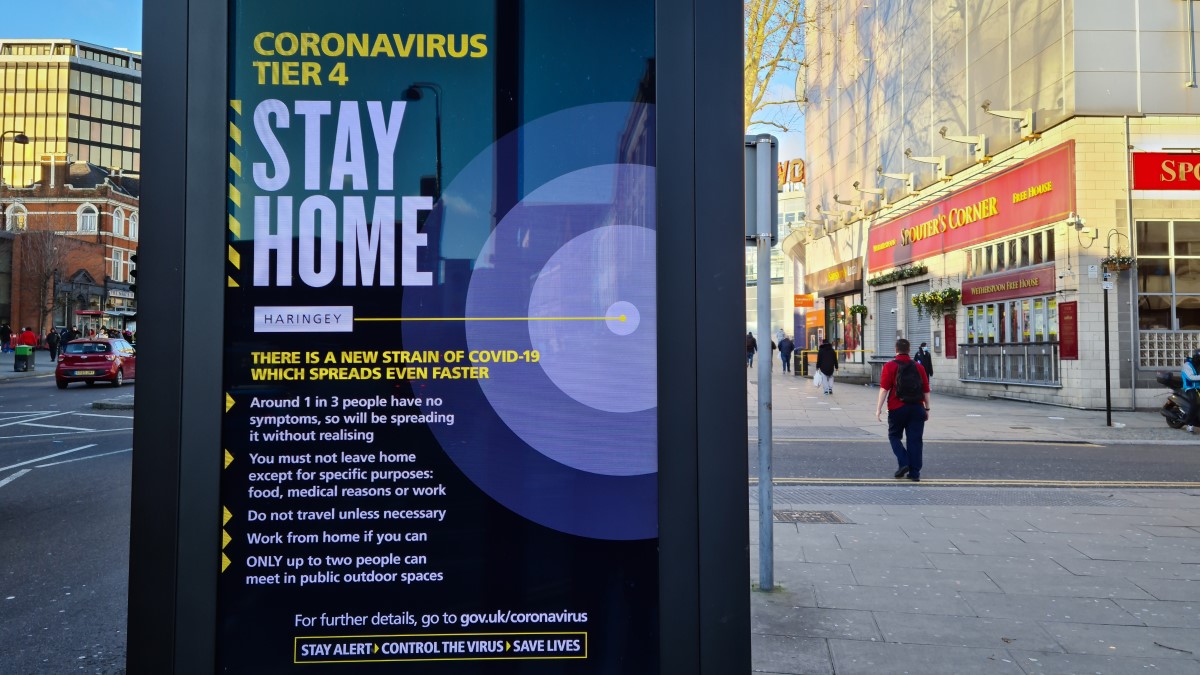 The UK has granted a temporary authorization to AstraZeneca PLC and Oxford University’s COVID-19 vaccine, a move which has been hailed as a game-changer for the country and the world.

However, while the UK’s Medicines and Healthcare products Regulatory Agency (MHRA) has issued reassurances on the vaccine’s safety and efficacy profile, there remain significant uncertainties about its efficacy, on which other regulators are likely to take a stricter approach.

Previously named AZD1222, the vaccine will now be known simply as COVID-19 Vaccine AstraZeneca.  The UK has an order of 100 million doses, enough to vaccinate 50 million people, or most of its 66 million population. This will represent a huge boost to the number of vaccine doses available in the country, adding to the Pfizer Inc./ BioNTech SE vaccine, which received its first worldwide approval in the UK in early December, where the first 600,000 individuals having already received their first dose.

Roll-out of the AZ vaccine will begin on 4 January amid concerns about the logistical challenges, and that not enough high priority individuals are receiving their vaccination rapidly enough.

Significantly, the MHRA and its counterpart the Joint Committee on Vaccination and Immunisation (JCVI) have put the vaccine at the center of a new strategy, aimed at accelerating the number of at-risk patients receiving their first injection, whether it is the Pfizer/BioNTech or AZ vaccine.

In relation to the AZ vaccine, this relies on an approach of waiting at least four weeks, but up to 12 weeks before the second dose is administered – much longer than the 3-4 weeks used in other COVID-19 vaccines.

This is based on early but unproven data which suggests the resulting efficacy could be as high as 80% - a speculative approach the UK experts are willing to take given the seriousness of the rising COVID-19 cases across the country.

The MHRA has had to address some serious but now-familiar doubts about the AZ vaccine’s Phase III data. These were first unveiled last month and feature a patchwork of efficacy results ranging from 62% to 70% to 90%.

The data, based on UK and Brazil trials, also lack of data from older people, with just 444 people over 70 participating.  However, the MHRA seems to have agreed with AstraZeneca and Oxford that the most compelling trial result was the fact that no-one who received the vaccine went on to develop severe symptoms or be hospitalized with COVID-19. ()

The data showed that from 11,636 participants, there were 131 confirmed COVID-19 cases, with no serious cases recorded in the vaccine arm, and just six in the control arm.

This mixed picture has complicated the job of drug regulators, and the US Food and Drug Administration looks certain to await results from a parallel US-based Phase III trial, which it is hoped will provide a clearer picture as early as January or February 2021.

But faced with a new uncontrolled surge in COVID-19 cases across the country – fueled by an apparently more contagious new variant - the UK regulator has decided to approve the vaccine on the available evidence.

The decision also has a political context. It comes as the country looks set to enter ‘lockdown’ once again to limit COVID-19 cases, and on the same day that Parliament votes on the contentious post-Brexit trade deal with the EU, thereby providing the government with some good news to counter the otherwise gloomy outlook.

The most contentious claims put forward by Oxford and AZ was the 90% efficacy results linked to the use of a low dose/high dose regimen, which the partners had claimed to be a viable option.

The MHRA’s assessors ruled out this use on the basis of inadequate data, however, as it was based on just 2,741 subjects, none of whom was over 55 years old.

Instead, it has authorized the vaccine’s use in over 18s with a full dose for both injections. The regulator also said that pregnant and breastfeeding women should discuss the risks and benefits of receiving the vaccine, rather than ruling out its use in these individuals because of a lack of data.

It also recommended that people with a known history of reacting to any specific ingredients of vaccine should not have it, but that it was safe for people with allergies to other medicines or food to receive it.

The surprise decision to allow a 4 to 12 week gap between doses was based on data which suggested this approach produced efficacy rates of up to 80% - and echoes recent hints from AstraZeneca’s CEO Pascal Soriot that as-yet unpublished data supported this view.

Sir Munir Pirmohamed is chair of the MHRA’s advisory Commission on Human Medicine Expert Working Group. Speaking at a press briefing at 10 Downing Street, Pirmohamed and his JCVI counterpart Wei Shen Lim said this would help prioritize the administration of a first dose to more of the population, and also potentially boost efficacy.

He added that this was also based on the low dose/ high dose arm of the study, where just over half the participants waited at least 12 weeks before receiving their second dose.

Pirmohamed said: “This showed that the effectiveness was high, up to 80% when there was a three-month interval between first and second doses, which is the reason for our recommendation.”

This decision is certain to raise eyebrows, given that this study arm was judged to be too small to be reliable regarding a low dose/high dose regimen, but significant enough to justify the novel approach to dose timing.

Acknowledging shortcomings in the data, Pirmohamed emphasized that further readouts was expected within the coming weeks.

“We know the further results from US trials, plus the UK trial will be available in January 2021 and February 2021, will help build our existing knowledge relating to the effectiveness and safety of the vaccine in this age group.”

Wei Shen Lim also referred to the data's limitations, noting that the trials were "not too easy to tease out because there are actually four different trials held in different settings ...with different dose schedules."

Nevertheless, he said on balance of the existing safety and efficacy data, and the urgent need for protection against the virus, the vaccine offered a major step forward. He explained the new JCVI's new recommended strategy for vaccinations.

"JCVI recommends that delivery of the first dose of COVID-19 vaccine should be prioritized for both the Pfizer BioNTech vaccine and the AstraZeneca vaccine. This will allow the greatest number of eligible people to receive vaccine in the shortest time possible. And that will protect the greatest number of lives."

This approach is also reflected in a small but significant shift in advice regarding the Pfizer vaccine, recommending the second vaccination to be given "at least 21 days" after the first, where previously it stipulated only 21 days.

He made it clear that the second dose remained important because it conferred longer duration of protection, and that a single dose strategy was not been promoted. Nevertheless, he said the shift in emphasis would allow the amount of vaccines available for use in the UK to rapidly expand.

"This increase in the vaccine supply will in turn allow a much higher rate of vaccine deployment across the UK to all parts of the country. And this is good news for all of us at a very critical time in this pandemic."

The MHRA also judged the vaccine’s safety profile to be good, despite concerns about two cases of transverse myelitis, one of which had temporarily halted studies in September.

The safety data published so far is from over 20,000 participants enrolled across four clinical trials in the UK and Brazil and South Africa. The peer reviewed Lancet publication of data confirmed the vaccine was well tolerated and that there were no serious safety events confirmed related to the vaccine.

The overall reported rates of serious adverse events were 0.7% in the vaccine group and 0.8% in the control group.

The decision and the resulting vaccination strategy is clearly a pragmatic one, passing over uncertainties about the data in favor of acting rapidly in the face of the pandemic.

While some commentators have questioned the MHRA's willingness to pass over the trial uncertainties,  many external experts have welcomed the decision.

Julian Tang, Honorary Associate Professor/Clinical Virologist, University of Leicester, said: “So from [health secretary] Matt Hancock’s and the Oxford team’s various interviews/briefing it seems like there has been a shift away from the discussion around comparing the absolute vaccine efficacy figures – towards just focusing on reducing the severity of COVID-19 illness and keeping people out of hospital - even with just one dose of the Oxford AstraZeneca vaccine.”

Tang said it was “not surprising” that only the two standard dose regimen has been approved, given the limited data, especially on over 65s.

“But practically, the Oxford vaccine will be cheaper and easier to transport and distribute to care homes and other vaccination sites – since it can be stored at normal fridge temperatures like the flu vaccine (2-8°C) – and this will help its distribution and use in developing countries.”

He backed the approach of vaccinating as many vulnerable individuals as possible with just one dose of either vaccine as an emergency strategy.

“[It] is a good approach given the recent surges of COVID-19 cases since Christmas – and we may yet see further surges due to the Christmas Day amnesty that allowed multiple households to meet under one roof.”

Health secretary Matt Hancock hailed the vaccine and its rapid development as a “British success story” as it would help not just UK residents but also people living in some of the poorest regions of the world at a low cost.

Attention will now switch to how other regulators will approach the vaccine, with the US having ordered 300 million doses and the European Union 400 million. While AZ has begun a rolling review process with the European Medicines Agency, it has not filed the final clinical data to allow the final review to commence.

The US FDA is expected to await the results from the US Phase III trials, however a decision from India’s regulator is expected imminently.

The Central Drugs Standard Control Organization (CDSCO) is expected to grant authorization after having received further data from AZ’s partner the Serum Institute of India (SII). It aims to manufacture 1 billion doses by the end of 2021 for India and middle and lower income countries.