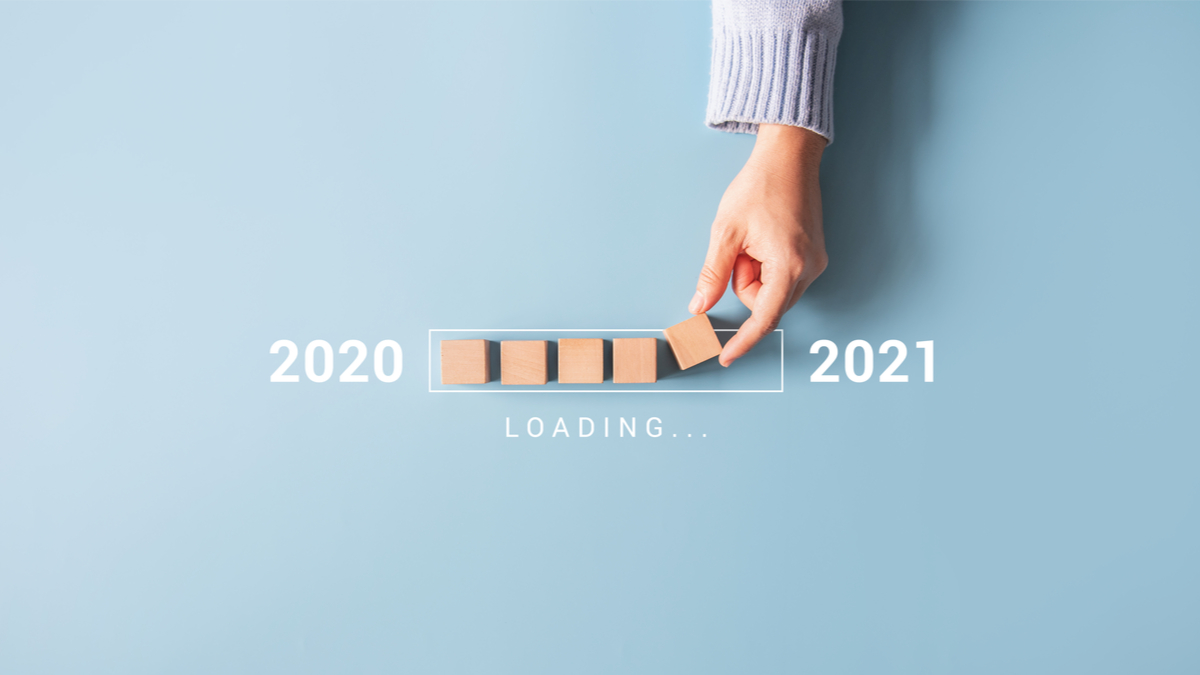 The overall deal-making environment may have been scarred by the pandemic in 2020, but Indian firms appeared to emerge as partners of choice for scaling up COVID-19 therapies and expanding access to these drugs.

While key COVID-19-related alliances grabbed headlines, the year gone by also saw significant private equity (PE) action in India. Things also heated up in the domestic e-pharmacy space, where there is likely more in store. On the generics side, meanwhile, one high profile M&A transaction fell by the wayside.

From the early frenzy around hydroxychloroquine (HCQ) to deals to bolster access to the antivirals remdesivir and favipiravir, most roads (if not all, at least broadly speaking) led to India. The initial shine of HCQ, championed at the time by outgoing US President Donald Trump, was dimmed by the UK’s RECOVERY (Randomized Evaluation of COVid-19 thERapY) trial, which confirmed that the drug provided no beneficial effect in patients hospitalized with COVID-19. RECOVERY is one of the world’s largest randomized clinical trials of potential COVID-19 treatments.

Gilead Sciences, Inc. went on to strike licensing deals with multiple Indian companies for remdesivir, facilitating the rapid arrival of cut-price versions on the Indian market. ()() The initial supply-demand gap for remdesivir in India had its share of lows, marked by widespread black-marketing, though the star drug, sold as Veklury internationally, faces quite another issue now, given the varying regulatory assessment; some key opinion leaders (KOLs) in India are, however, sticking with the antiviral as a COVID-19 therapy for now. ()

In November, the WHO's “living guideline” recommended against the use of remdesivir in hospitalized patients, regardless of disease severity, even as the antiviral became the first treatment for COVID-19 to receive US Food and Drug Administration approval in October. However, the WHO also hedged its advice, adding that “the low certainty evidence for these outcomes, especially mortality, does not prove that remdesivir is ineffective; rather, there is insufficient evidence to confirm that it does improve patient-important outcomes.” ()

Favipiravir’s journey in India was not ordinary either. Local company Glenmark Pharmaceuticals Limited was the first to get regulatory go-ahead for its cut-price version of favipiravir in India, only to be followed some days later by innovator Fujifilm Toyama Chemical Co. Ltd. sealing a multi-pronged alliance with Dr. Reddy's Laboratories Ltd. and Global Response Aid (GRA), a provider of medical supplies and pharmaceuticals, for Avigan (favipiravir). () The oral antiviral, which inhibits viral RNA polymerase, was first approved in Japan in 2014 for the treatment of novel or re-emerging influenza virus infections when other flu drugs are ineffective, but is not broadly available to the public at large. Avigan was launched in India in August and on 22 December, Dr Reddy’s and partners GRA and Appili Therapeutics Inc. announced the filing of an application for favipiravir tablets for the treatment of COVID-19 under Health Canada’s Interim Order, which creates a new authorization pathway to expedite the authorization of drugs and vaccines for the coronavirus disease.

There were voices of concern over favipiravir’s approval under the accelerated approval process in India with some physicians questioning whether there were “hard outcomes” to show its effectiveness, but the antiviral has since enriched many a top line and there are over half a dozen brands of the product on the Indian market currently.()

Beyond COVID-19 therapies and vaccines (look out for a separate round up on that topic), 2020 also saw a string of licensing deals for some key products of  Indian firms.

India’s top ranked drug firm Sun Pharmaceutical Industries Ltd. sealed an exclusive licensing and distribution agreement for Ilumya (tildrakizumab) with Hikma Pharmaceuticals plc for the Middle East and North Africa (MENA) region, expanding market access and availability of its key psoriasis asset, which also made its debut in Japan in 2020.

Glenmark continued to expand partnering initiatives for its rhinitis therapy Ryaltris (olopatadine HCl/mometasone furoate),  sealing an exclusive licensing pact in December 2020 with Menarini Group to commercialize the nasal spray across 33 countries in Europe; it already has a commercialization deal with Hikma for the therapy in the US.

The high profile deal pertaining to Aurobindo Pharma Limited’s acquisition of Sandoz International GmbH’s US generic oral solids and dermatology businesses, however, came unstuck in April. Aurobindo and Novartis AG called off their 2018 transaction worth around $1bn, with both parties saying the decision was taken as US Federal Trade Commission clearance was not obtained within anticipated timelines. ()

In early 2020, the financially-strained Wockhardt Limited divested parts of its branded generics business in India and certain international territories to Dr. Reddy's Laboratories for INR18.50bn ($260m at the time), in a deal that is expected to help the Mumbai-based firm pare debt and provide liquidity for its remaining operations.

With capital market valuations moving up sellers’ expectations management would be the key to consummate deals - Navroz Mahudawala, managing director of Candle Partners

The Piramal group has been active overall on the deals front, acquiring a US solid oral dosage drug facility in Sellersville, PA from G&W Laboratories Inc. in June; in January 2020, the Indian group divested its healthcare insights and analytics business Decision Resources Group to Clarivate Analytics.()

He cautioned, however, that with capital market valuations moving up, managing sellers’ expectations would be the key to consummate deals.

Goldman Sachs expects to infuse capital of INR11.25bn in Biocon Biologics and the US group will be issued optionally convertible debentures at a post money equity valuation of $3.94bn. () True North, which has long been associated with the Biocon group, had earlier in 2020 invested around $75m in Biocon Biologics for a 2.44% stake, while Tata Capital Growth Fund followed in July with an infusion of around $30m in exchange for a 0.85% minority stake. Biocon expects to take its biologics arm public in the next two to three years and more pre-IPO placements can’t be ruled out.

Separately, Integrace Private Limited, a portfolio company of the private equity firm True North, also snapped up Glenmark’s gynecology business in India and Nepal for INR1.15bn. The PE had previously sealed a similar deal for Glenmark’s orthopedic and pain management business in those territories. ()

Significantly, PE/Venture capital investments in India between January and November 2020 saw a sharp decline across most sectors, with pharma, telecom, retail and education being the only segments to record an increase in value invested. The pharmaceuticals segment saw $2.8bn invested (across 33 deals) in 2020 (January-November) versus $1.25bn (16 deals) in the same period of 2019, as per details in a round up by the Indian Private Equity and Venture Capital Association (IVCA) and EY.

The report notes that going forward PE/VC investment activity [across sectors] in India can pick-up pace faster than expected if “positive news” emerges from the initial rollout of the various vaccines announced globally. “On the whole, India’s economic indicators point to a faster than expected recovery and we remain optimistic on sustained PE/VC investment and exit activity,” IVCA-EY said.

Interestingly, 2020 witnessed some fireworks in the Indian e-pharmacy segment with the arrival of large participants and a spurt in deal action amid signs that there’s more in the offing.

US e-tailer Amazon created a frenzy during the year when it said it was launching Amazon Pharmacy in Bangalore, allowing Indian customers to order “prescription based medication in addition to over-the-counter medicines, basic health devices and Ayurveda medication from certified sellers” as part of its commitment to fulfill the needs of customers; in November Amazon launched an online prescription drug delivery service in the US. ()

The diversified Reliance group is undoubtedly a formidable participant for several reasons including its digital prowess and existing tech-enabled offerings and the broader healthcare/pharma foothold it has in India. Its biotechnology arm, Reliance Life Sciences, has several products including biosimilars on the market and is also among the key private organizations augmenting India’s testing capabilities for COVID-19, while the HN Reliance Foundation Hospital and Research Centre in Mumbai is managed by the Reliance Foundation. The Indian group’s health app, JioHealthHub, already facilitates free virtual video consultations with Reliance Foundation Hospital doctors in specialty and general care, among other services.

But things may only just be heating up, going by the word on deal street and some local media reports. Fresh action is anticipated with reports in the local media suggesting that Amazon may be seeking a bigger play via a transaction with the Apollo Hospitals group that owns the Apollo Pharmacy chain. Other large corporates including the Tata Group are said to be evaluating plans for a holding in the online pharmacy 1mg, while Warburg Pincus is eyeing a foothold in MedPlus, another e-pharmacy.

Experts expect both the online pharmacies and offline pharma distribution segments to go through a round of consolidation.

Candle’s Mahudawala said that in the next two to three quarters the majority of the consolidation expected in e-pharmacy space would have been done with.

"Almost all larger players are either aligned, merged or are in discussions for consolidation. However, the next phase of consolidation could be potentially alliances/M&A between the physical retail and online pharmacies as everyone aspires to create an omnichannel model,” Mahudawala said. He drew parallels with cases in the apparel retail segments with Amazon buying stakes in an Aditya Birla Retail and the department store chain Shoppers Stop.

E-pharmacies have made important inroads in India and were reported to have seen an increase of 50-100%  in orders during the pandemic-related lockdown; they currently represent 2-3% of overall medicine sales,  as per a report by EY and the Indian Pharmaceutical Alliance, which represents leading domestic firms. EY’s primary survey expects the e-pharmacy segment to account for 10-12% of overall sales in the next five years, though strong regulations especially around issues such as data privacy and substitution are anticipated. ()