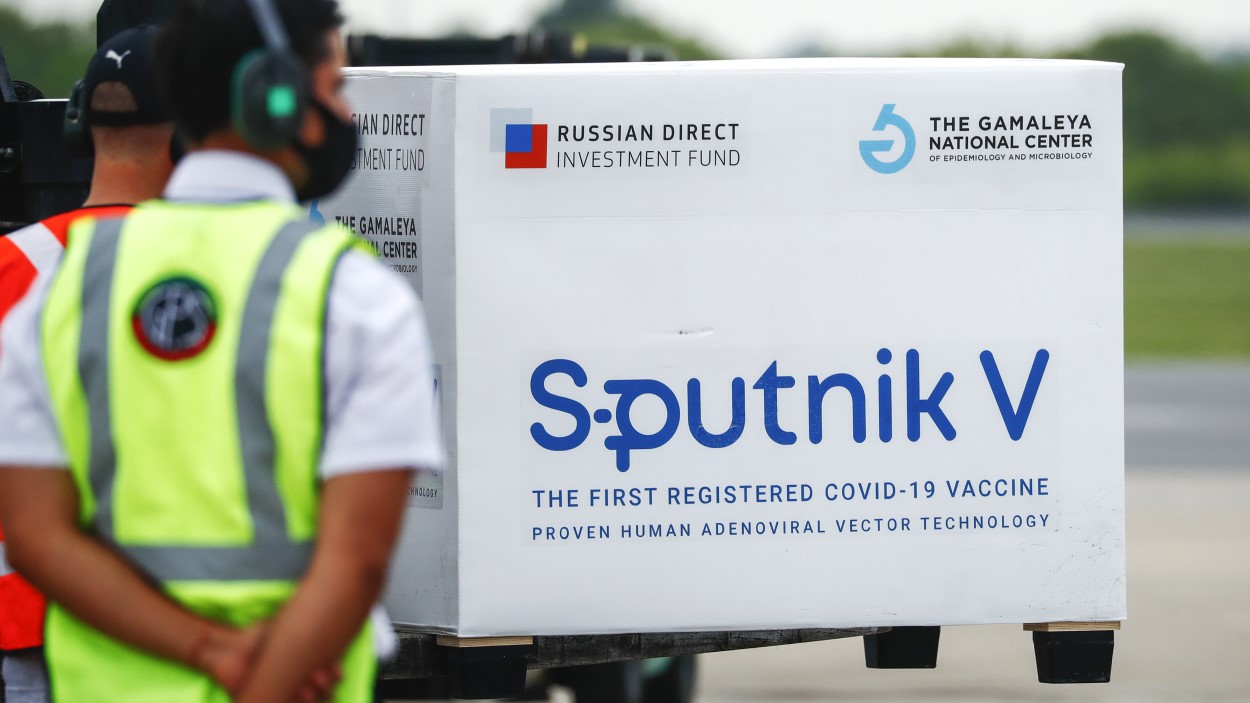 As AZ/Oxford COVID Vaccine Suffers Another Blow, Russia’s Comes In From The Cold

The new study, conducted in South Africa but not yet peer reviewed, involved around 2,000 people who were on average 31 years old and suggested the vaccine provided just 10% protection against mild to moderate disease caused by the variant compared with placebo.

The results are concerning as AstraZeneca and Oxford’s not-for-profit vaccine provision of the vaccine has made it the backbone of immunization plans in many developed and less developed nations. The partners plan to distribute 3 billion doses in 2021.

Many independent experts had expressed concerned about the accelerated development of the Russian-government funded vaccine, which became the first in the world to gain limited emergency use authorization in the country last August.

There was also skepticism about the efficacy claims it rushed out in November, immediately after Pfizer/BioNTech’s initial 92% interim efficacy readout exceeded that from their mRNA-based vaccine.

However, those doubts are now fading, with peer reviewers in The Lancet finding no fault in its final 91.6% efficacy rate claims (although no trial protocol has been published so far).

The vaccine is based on a combination of two different adenovirus-based vaccines rAd26 and rAd5 – with the (as yet unproven) hypothesis that two contrasting viruses produce a greater immune response than a double dose of a single adenovirus, as used by AstraZeneca.

Two million people have already received the vaccine, and it has been approved for use in a number of countries including Iran, Mexico and Argentina.

Hungary last week became the first country in the EU to strike a deal with Russia to purchase 2 million doses, underlining frustration at the European Commission’s much-criticized process for vaccine approval and procurement.

The Russian Direct Investment Fund (RDIF) has now filed Sputnik V for registration with the EMA, and announced on 8 February that it would commence submissions for a rolling review by the agency.

Scrutiny from the EMA could help win over any remaining skeptics in Europe. Last week Germany’s Chancellor Angela Merkel went as far as praising Sputnik’s ‘good’ data, and told public broadcaster ARD that "every vaccine is welcome in the European Union," provided they could supply clinical trial data.

Nevertheless, there are currently no data from Sputnik V against the South Africa variant, and it is not certain that its one-two hit of adenovirus vectors would differentiate it from AstraZeneca’s product.

Johnson & Johnson’s single dose vaccine Ad26.COV2.S, which is also based on an adenovirus platform (Ad26) last week produced an interim readout showing it to be 66% effective at preventing COVID-19, including 72% efficacy in the US, 66% in Latin America and 57% in South Africa. ()

AstraZeneca/Oxford’s South Africa data suffers from a small trial size, and wide confidence intervals, and a lack of elderly participants.

Despite the lack of data from elderly patients in its original dataset, the European Medicines Agency approved the vaccine in all age groups, although many EU member states – including Germany, France and Sweden – will not use it in over 65s because of the data concerns.

Switzerland’s regulator Swiss Medic went one step further and ruled that the vaccine could not be approved on its current dataset.

Following the news on the 501Y.V2 variant, South Africa announced on 8 February that it was pausing its rollout of the vaccine but will still administer it to 100,000 people in stages, and monitor outcomes for any cases of severe disease and hospitalization.

Andrew Pollard, chief Investigator on the Oxford vaccine trial, stressed that, like its other studies, the South African trial showed no-one given the vaccine had been hospitalized with severe disease.

AstraZeneca is holding out for results from its much larger US Phase III trial, which will include a large proportion of over 65s, expected as early as this month.

Epidemiologists are currently unsure just how much the South Africa strain will come to predominate around the world, although continued mutations are a certainty. Another early study of the vaccine against the UK variant suggested it retained much of its efficacy.

Oxford and AZ have announced that work is beginning on a ‘tweaked’ version of their vaccine adapted to target the new South Africa variant, with the pharma company’s head of research Mene Pangalos forecasting it could be ready for the autumn vaccination program of 2021.

The RDIF has also won trust thanks to its willingness to collaborate and try different approaches to tackle the pandemic. This approach took a major step forward last week when it announced a trials of a two-dose regimen using AZD1222, and the Ad26 component of Sputnik V.