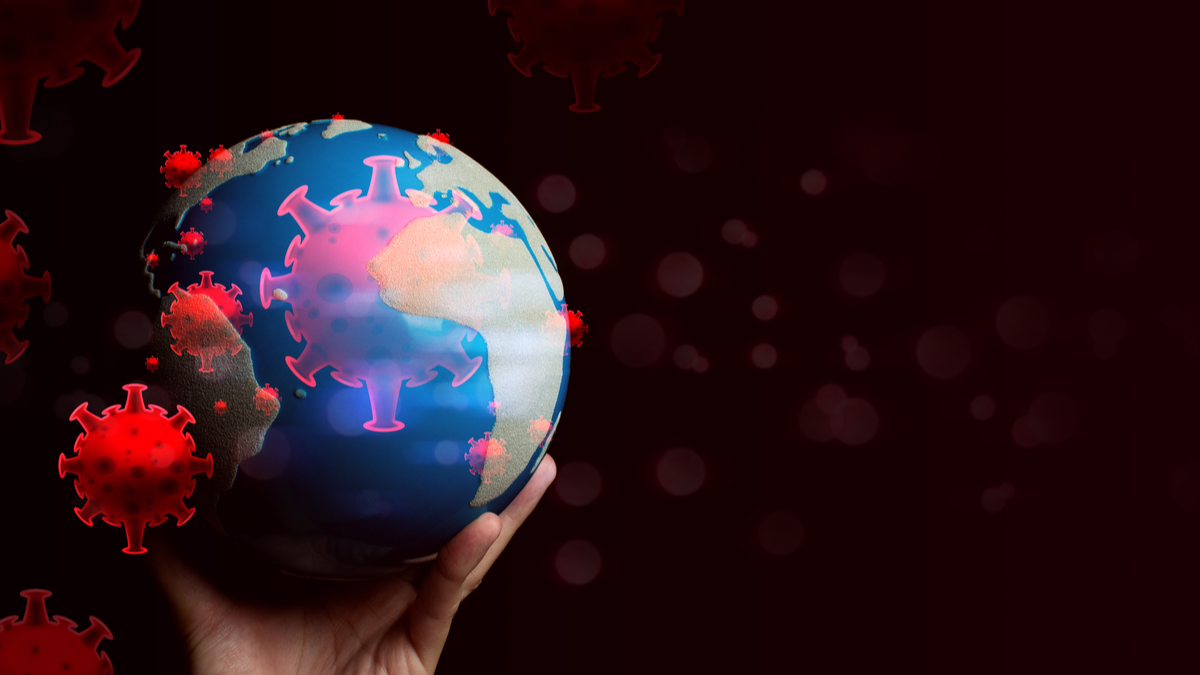 This week has seen a flurry of declarations of support for efforts to ensure the equitable distribution of COVID-19 vaccines amid concern that lower and middle-income countries are being pushed to the back of the queue when it comes to vaccine supply.

The UK government, which currently holds the presidency of the G7 group of major economies, said it would send the majority of any future surplus coronavirus vaccines to the global COVAX Facility for use in developing countries.

Prime minister Boris Johnson said the vaccine donations would be on top of the UK’s existing £548m ($767m) funding for COVAX, which is intended to ensure equitable access to coronavirus vaccines in mainly low and middle-income countries.

“The development of viable coronavirus vaccines offers the tantalizing prospect of a return to normality, but we must not rest on our laurels,” the prime minister said on 19 February ahead of the G7 conference at which he was due to make his pledge. “As leaders of the G7 we must say today: never again.”

Johnson also wants leaders to support an ambition to reduce the time taken to develop and approve new COVID-19 vaccines by two thirds to 100 days – a target proposed this year by the Coalition for Epidemic Preparedness Innovations (CEPI).

“The development of a coronavirus vaccine in approximately 300 days was a huge and unprecedented global achievement,” the prime minister’s office said in a statement. “By reducing the time to develop new vaccines for emerging diseases even further, we may be able to prevent the catastrophic health, economic and social repercussions seen in this crisis.”

But the announcements elicited only a lukewarm reception from Oxfam, which has been pressing for the relaxation of intellectual property protections on COVID-19 products to maximize their availability to less well-off countries.

"While the UK government's pledge to donate any future surplus COVID-19 vaccines to COVAX is welcome, it is unlikely that the majority of people in many of the world’s poorest countries will get a vaccine this year,” said Oxfam’s head of inequality policy, Max Lawson.

He added that while the government’s declaration that it would speed up the time taken to develop new vaccines to 100 days was a “laudable goal,” if those vaccines were priced out of reach for most nations, they would “still wait years before they can vaccinate their citizens.”

As host of the G7, Lawson said, the UK government “should support the proposal at the World Trade Organisation to temporarily suspend intellectual property rights for all COVID-19 vaccines and encourage other nations to do so.”

Vaccine science and know-how “must be shared with qualified manufacturers around the world, rather than remaining the exclusive property of a handful of pharmaceutical giants, Lawson continued. “The UK and other G7 leaders have a huge part to play in getting pharmaceutical giants to do this and ensuring we have a vaccine for the people, rather than a vaccine for profit."

Also on 19 February, European Commission president Ursula von der Leyen announced that the EU was doubling its contribution to COVAX from €500m to €1bn ($1.2bn), and said deliveries of vaccines would start “soon.”

She added that the EU was providing €100m in humanitarian assistance for the rollout of vaccines in Africa, which would be used to strengthen health systems, set up cold chains, buy equipment and train staff, in partnership with the Africa Centres for Disease Control and Prevention.

“We will work with vaccines developers to ramp up their manufacturing capacities in Africa,” von der Leyen said, adding that the EU was exploring “potential support to boost local production under licensing arrangements.”

The equitable distribution of COVID-19 vaccines was also addressed this week by United Nations secretary-general António Guterres, who said providing vaccines to all was “the biggest moral test before the global community.” Defeating COVID-19 “is more important than ever” now that the world had the scientific capacity to do so, Guterres said at the 17 February virtual meeting of the UN Security Council.

“Yet progress on vaccinations has been wildly uneven and unfair,” he said. “Just 10 countries have administered 75% of all COVID-19 vaccines.  Meanwhile, more than 130 countries have not received a single dose. Those affected by conflict and insecurity are at particular risk of being left behind”.

Acknowledging that the COVAX Facility had been established to improve access to vaccines, he said “we must do even more. The world urgently needs a Global Vaccination Plan to bring together all those with the required power, scientific expertise and production and financial capacities”.

Guterres proposed that the world’s richest countries, the G20 nations, should form an Emergency Task Force to prepare the vaccination plan and coordinate its implementation and financing. He said the task force would work to “mobilize pharmaceutical companies and key industry and logistics actors” and that the UN was prepared to support this effort.

In another move that could significantly widen access to vaccines in future, Johnson & Johnson said on 19 February that its Janssen-Cilag subsidiary had applied to the WHO for an Emergency Use Listing (EUL) for its single-dose vaccine candidate, Ad.26.COV2.S. The data package submitted to the WHO includes interim efficacy and safety results from the Phase III ENSEMBLE trial, J&J said, adding that the “rolling submission of clinical data to WHO is now complete.”

The vaccine has not yet been authorized for use. A few days ago Janssen-Cilag announced it had filed for EU-wide approval of the product as “COVID-19 Vaccine Janssen” – the fourth coronavirus vaccine to be submitted to the European Medicines Agency. The filing followed a rolling review that began on 1 December 2020. ()

Earlier this week the WHO granted an EUL for two versions of the AstraZeneca vaccine being manufactured in India and South Korea. (). The EUL process assesses the quality, safety and efficacy of coronavirus vaccines and is a prerequisite for supply to the COVAX. It also allows countries to accelerate their own approvals to import and administer COVID-19 vaccines.

Vaccines tend to hog the limelight in the battle against SARS-CoV-2, but finding potential treatments is vital too for those who have already contracted the virus. A number of European companies are currently investigating the repurposing of two older medicines for use as COVID-19 therapies: azelastine and carrageenan.

The German firm, Ursapharm Arzneimittel, and Austria’s Cebina (Central European Biotech Incubator) are working to repurpose azelastine, a well known antihistamine, which they believe could be an effective antiviral treatment for COVID-19 patients.

“The potent anti-SARS-CoV-2 activity of azelastine was demonstrated in a reconstituted human nasal tissue model and was evident at a lower dose than present in commercially available nasal sprays,” the companies said.

A clinical trial began on 16 February to see whether the use of a nasal spray preparation of azelastine can achieve a reduction in viral load in the nasal cavity. “The aim of the study is to show whether the anti-allergic medication Pollival Nasal Spray, or a diluted version, can achieve a reduction in the viral load, therefore reducing transmission and positively influencing the course of the disease,” they said.

If clinical studies show positive results, Ursapharm and Cebina say this will be “an important new approach to control viral spread and contain the current pandemic.”

Another Austrian company, Marinomed Biotech, says there is increasing evidence that its sulphated polymer Carragelose spray can prevent and treat SARS-CoV-2 infection, and that it could also be effective against variants of the virus. A new in vitro study published online by the PLOS ONE journal “confirms previous studies showing effective inhibition of viral replication,” the company said.

The active ingredient in carragelose, the red seaweed-derived iota-carrageenan, is used as a treatment for colds and viral infections of the upper respiratory tract. It can shorten the duration of common cold symptoms and “reduce the resurgence of virus-related symptoms,” according to Marinomed.

The COVID-19 study, conducted by Marinomed and the Institute of Virology at the Friedrich-Alexander University Erlangen-Nuremberg, showed that iota-carrageenan has activity against both wild-type SARS-CoV-2 and the SARS-CoV-2 spike protein pseudotyped lentivirus, a harmless virus designed to look like and attach to cells like the coronavirus but that cannot cause COVID-19.

The substance was able to effectively prevent cellular entry of the pseudotyped lentivirus, and wild-type SARS-CoV-2 was also effectively neutralized at concentrations that are clinically relevant for the use of iota-carrageenan containing products, the company noted.

“Our findings show very clearly that Carragelose can effectively neutralize SARS-CoV-2 in vitro, preventing the virus from infecting further cells,” said Professor Ulrich Schubert of the Institute of Virology.

Marinomed also believes the product could be effective against variants of the virus. “Carragelose is broadly active against various different respiratory viruses by forming a physical barrier on the nasal mucosa, which inactivates the viruses based on their positive surface charge,” said Dr Eva Prieschl-Grassauer, chief scientific officer at Marinomed and senior author of the study.

Clinical trials currently under way on healthcare staff in Austria and the UK “make us confident to clinically confirm these encouraging findings,” Prieschl-Grassauer said. “We expect these data within the first half of 2021.”

The UK trial (ICE-COVID) is being conducted at Swansea University Medical School using iota-carrageenan nasal and throat spray as prophylaxis for 480 health care professionals managing COVID-19 patients, with the aim of studying its efficacy in reducing the rate, severity and duration of infections. The Austrian trial involves 334 health care professionals taking one nasal dose and three oral doses of Carragelose spray (marketed in Austria as Coldamaris pro) three times a day. ()