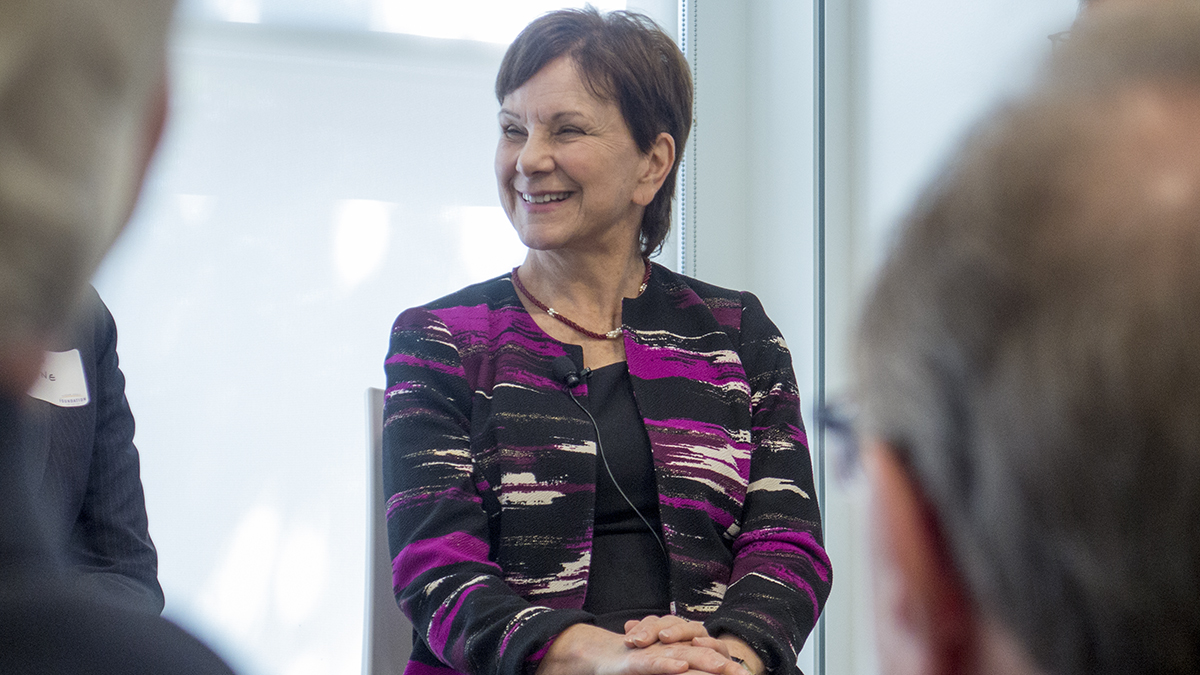 Woodcock: Use Of Real-World Evidence Still Brings ‘A Lot Of Problems’

Janet Woodcock, the acting commissioner of the US Food and Drug Administration, says that the use of real-world evidence (RWE) in product reviews will be slower than many of its supporters are hoping because there are a number of problems that still need to be addressed.

Woodcock spoke with Pamela Goldberg, CEO of the Medical Device Innovation Consortium (MDIC), at MDIC’s 2021 Annual Public Forum on 1 June, where she was asked about the FDA’s ongoing work to review and monitor products using RWE. Woodcock said the agency already uses RWE in various ways, and has been talking about it with organizations like MDIC and the Reagan-Udall Foundation.

"I think we're going to see an evolution. I don't think it's going to be a revolution ... where we all of a sudden have all this information because there really are a lot of problems," she said.

Before former FDA principal deputy commissioner Amy Abernethy stepped down in April, Woodcock discussed some of the problems of RWE with her, including compiling real-world data (RWD) as well as issues with how the data is stored electronic health records. The problems are not insurmountable, Woodcock said, but  “it may take a little bit longer than what some of the enthusiasts may have thought." ("Exit Interview Abernethy Tells Why Shes Leaving FDA But Staying On Her Own Path" "Medtech Insight" )

During the chat, Woodcock, who was director of the FDA’s drug center before being elevated to acting commissioner, said one of the areas she’s most interested in is digital health. She’s been impressed by how counselors and therapists can use software to treat patients remotely with similar results as treating patients in person. This has become even more apparent during the COVID-19 pandemic.

"I feel the future is really bright but we're going to see a fusion between devices and drugs and biologics where we're going to see products that can't be easily categorized at all into one of those categories, but are really new kinds of products," said Woodcock.

Woodcock also spoke about how FDA staff have admirably handled the workload during the coronavirus pandemic to not just fulfill their usual duties, but also take on emergency use authorization applications.

"I'm sure we were successful but I'm not sure how we did it," she said.

The acting commissioner also noted that when the Office of Personnel Management released data on their annual employee viewpoint survey she expected to find morale had plummeted – but surprisingly, the results showed the opposite.

"Our people are public health people and so this was an opportunity to step up to a crisis and really make a difference," said Woodcock. Ultimately, while FDA staff worked extended hours to fight the COVID-19 pandemic, she says they felt good about it because they felt a sense of purpose.

Like other top FDA officials, Woodcock acknowledged there are staff who have burned out and said the agency needs to do its part to help them. ("CDRHs Shuren Says Employee Burnout Great Fear During Pandemic" "Medtech Insight" )

"Somehow FDA managed but I don't think people should imagine that 'Okay, well they can do that for the next five years and just double their work,'” said Woodcock. “People are tired."

Woodcock also noted that the FDA has been falling short in some areas, including surveillance inspection in regions where it is still too dangerous to send FDA officials because of the pandemic.

"Even now, for example, we can't get into India and some other countries, and we don't know when we'd be able to get back in,” said Woodcock. “So there are some things we're going to have to be catching up on that we were not able to accomplish during the worst parts of the pandemic."

Woodcock also touched on how the FDA has changed the way it does a lot of business during the pandemic that likely will be maintained even after life returns to some normalcy. For instance, she notes that remote work didn’t mean staff were not productive. That, coupled with concerns that the agency has gained staff but not space in recent years, means that more remote work will help to accommodate the growing agency.

"Hopefully things will become more normal, but I think there's going to be a new normal,” said Woodcock. “It's not going to be how we operated before this."

Finally, the acting commissioner talked about the need for the FDA to evolve it’s tools to evaluate products as those products themselves require more understanding of new areas of science such as a better understanding of the diseases they are treating, material science and also computer science as areas such as digital health continue to boom.

She also added that as long as she is commissioner, she will emphasize moving forward with data and technology modernization plans to drive efficiencies at the agency by developing enterprise-wide systems, rather than fragmented legacy IT systems.